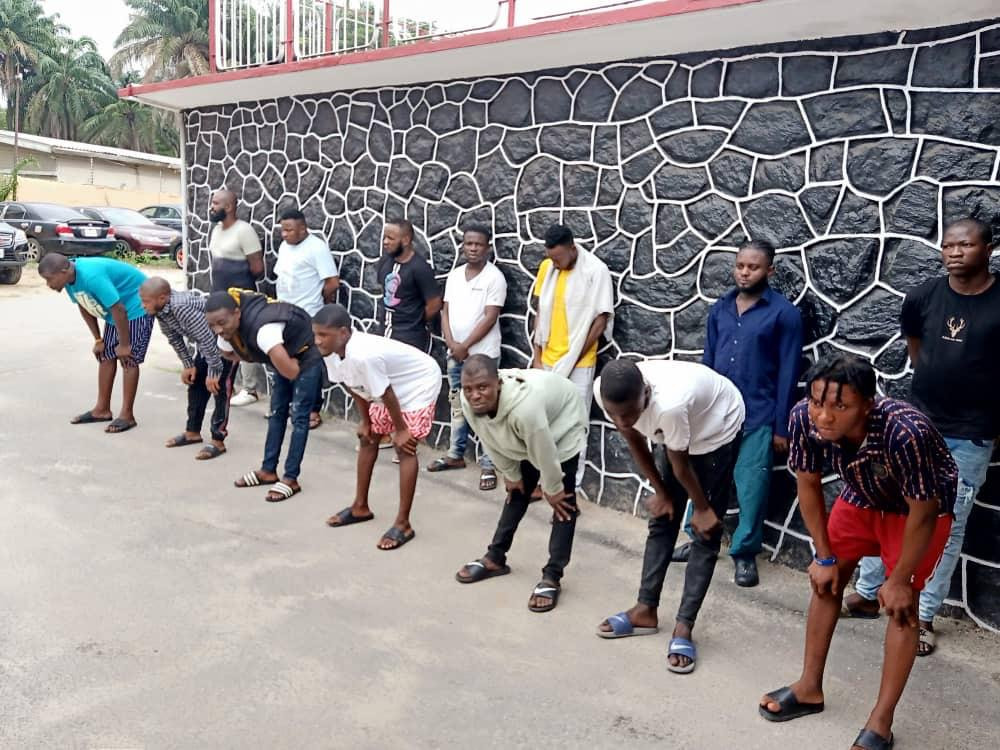 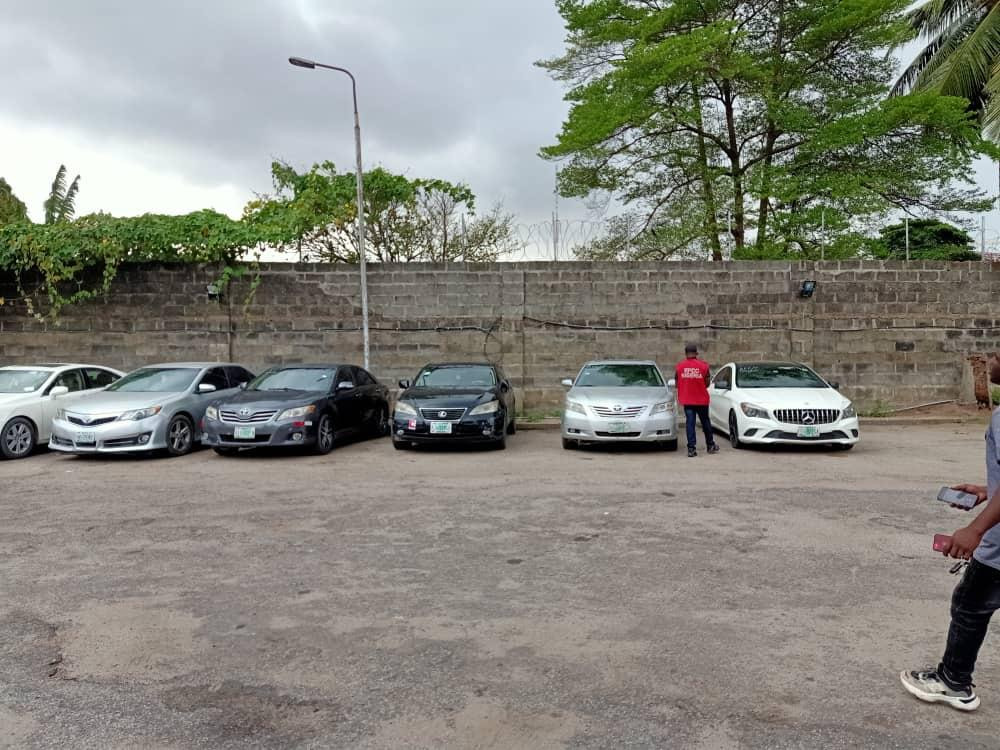 According to EFCC, they were arrested on Saturday, April 17, at Westwood Estate, Badore, Ajah Lagos, following verified intelligence received by the Commission about their alleged involvement in computer-related fraud.Items recovered from the suspects include cars, iPhones, Android devices, laptop computers, a MacBook Pro, hard disk drives, and jewellery.The suspects will soon be charged to court.The post 14 suspected internet fraudsters arrested in Lagos (photos) appeared first on Linda Ikeji Blog.

Outrage as man slumps and dies in front of a bank after allegedly not...

Woman calls off wedding plans with abroad-based fiancÃ© over his family’s...