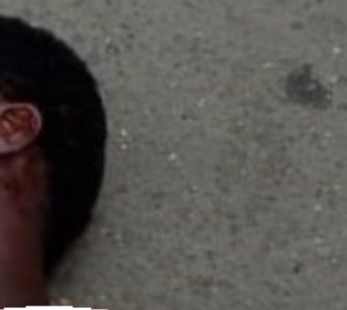 The APC Local Government election primaries held in Lagos state today turned bloody in Surulere and resulted in the death of at least 2 people. 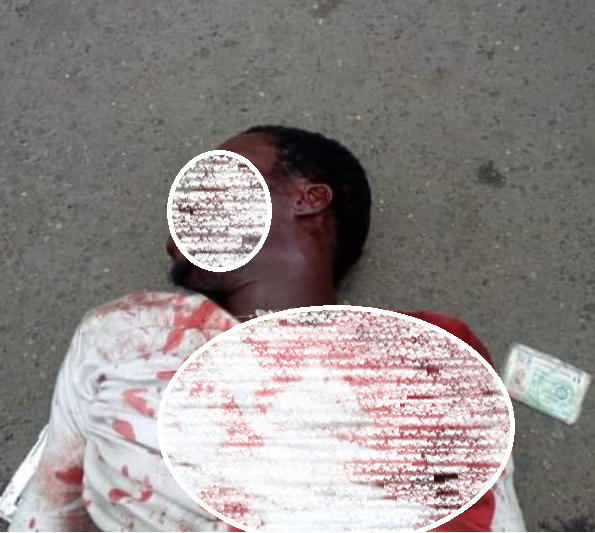 Videos shared online show thugs parading the streets in their numbers. This led to the Twitter hashtag “Surulere Under Siege”. 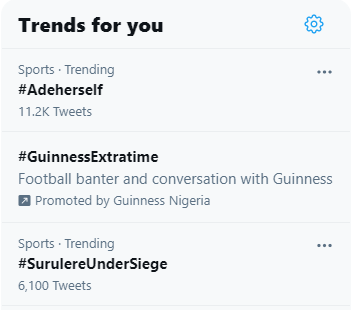 Unfortunately, two lives were lost in the process.

Photos and videos of the dead have been shared on Twitter. 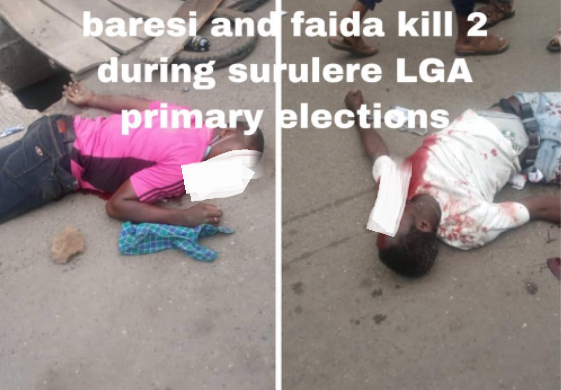 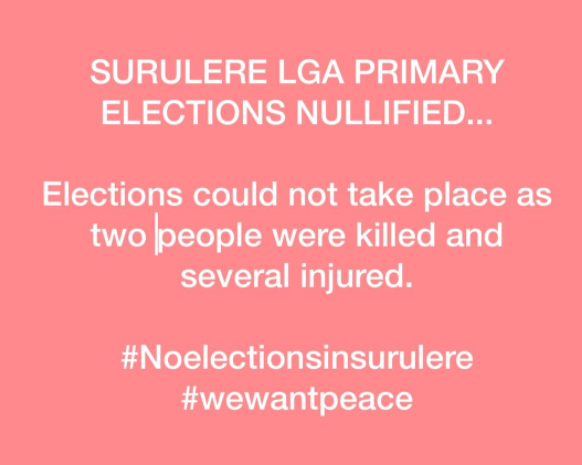 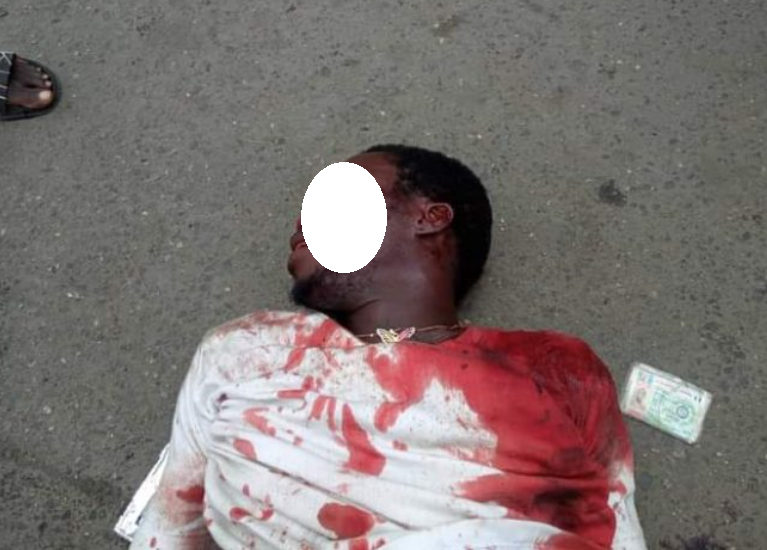 There are also reports that one person was killed in the Oshodi-Isolo area of Lagos as the APC councillorship and chairmanship election primaries in the area. The election was underway at Ajumoni school when a fight reportedly broke out between two factions of the party in the area, leading to the death of one person. Below are videos from Surulere. On top common LG election oooThis is HoR Speaker’s constituency in Surulere.Like PDP like APCShior!#SurulereUnderSiege pic.twitter.com/EASn8i3arz— Zukky_D_Great (@zukky04) May 29, 2021 Not only #SurulereUnderSiege see what’s happening in Alakuko Lagos pic.twitter.com/qCaM3AIFnw— Gbemisola (@gbemy01) May 29, 2021 Captured this 2 hours ago, I hope no life would be lost today. Thought this election is all APC so we expect peace. #SurulereUnderSiege pic.twitter.com/j7UynSdOUL— LAGOS DESIGNER (@mr_diuz) May 29, 2021  The post 2 dead as thugs disrupt election primaries in Surulere (graphic photos and videos) appeared first on Linda Ikeji Blog.

Igbos are not murderers- Senator Okorocha warns against ethnic profiling