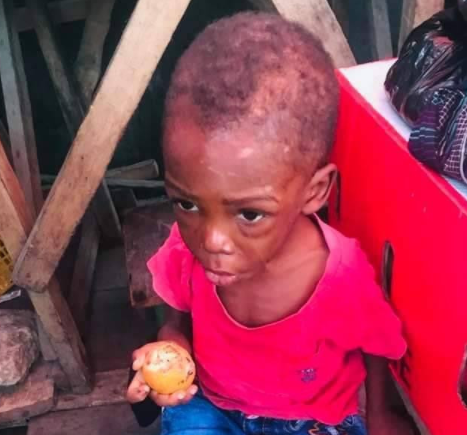 A two-year-old boy who was allegedly being maltreated and starved by his father and step mum has been rescued in Delta. The child’s plight was brought to social media by a Facebook user, Kwin Oge. She shared photos of the child on her page with the caption;”Mr kwin Oge wallThis is Zino. A 2 year old child whom the biological mother dropped with his biological father and step mother at No 113 Okumagba Avenue, Ojabugbe junction off Deco Road, Warri, Delta State. Since then the father and step mother has been giving this child all sorts of maltreatment and starvation. Please I call on the Delta state government and all human right activists to come to the aid of this child as the father and step mother has refused neighbours from feeding the boy even when they have refused to give him food. They lock him up in dark room and beat him up when he receives help from neighbours. Neighbours now are afraid to help so they don’t end up killing him.Please come to the aid of this child.Please help repost till he gets an helper” 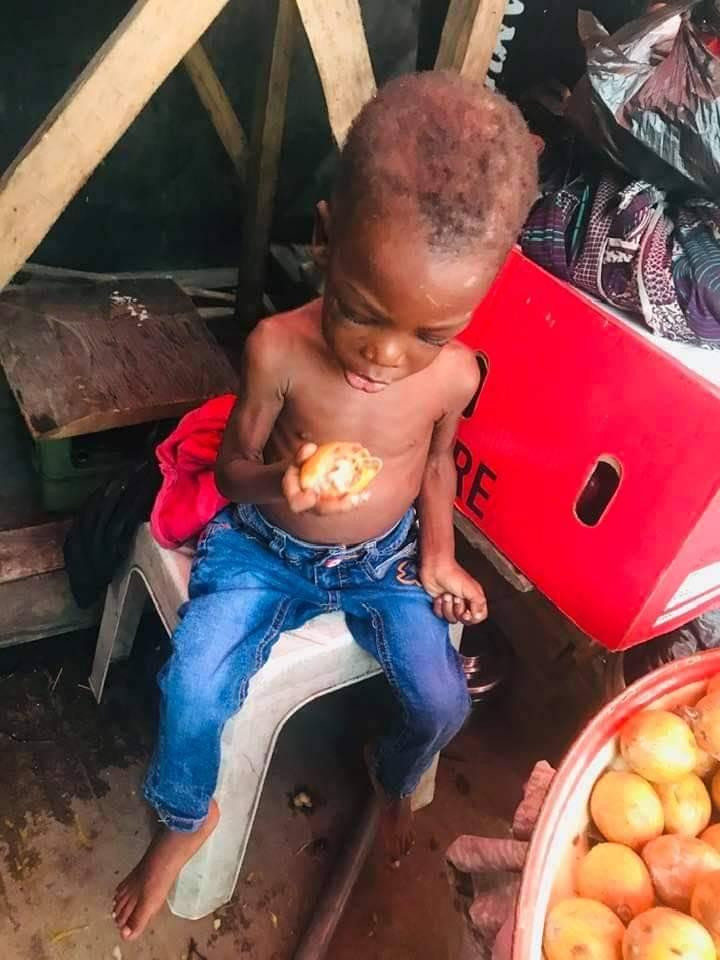 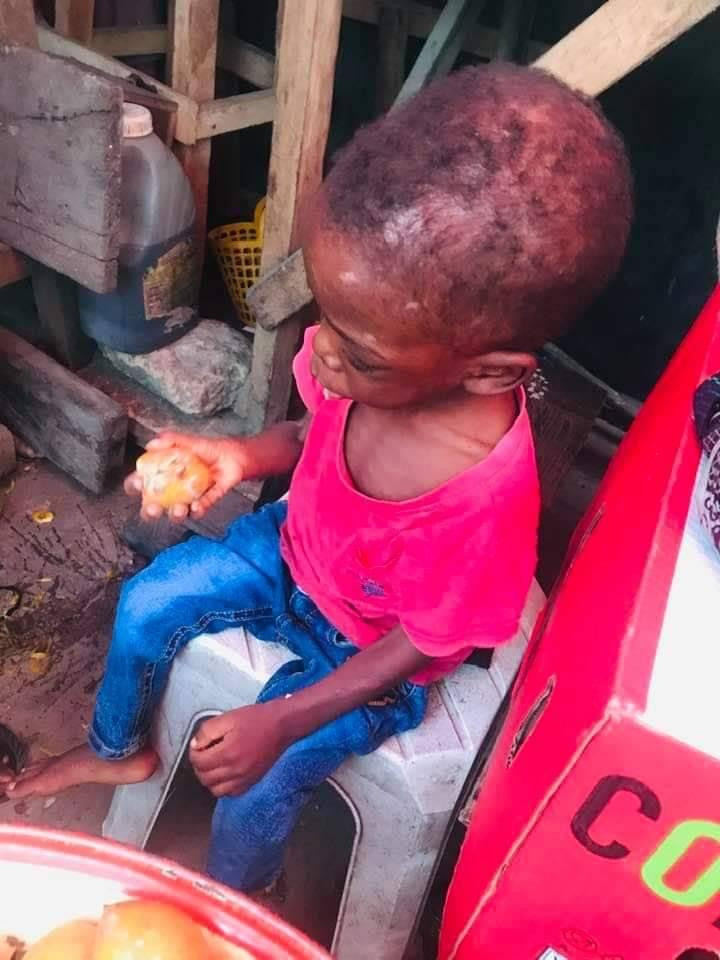 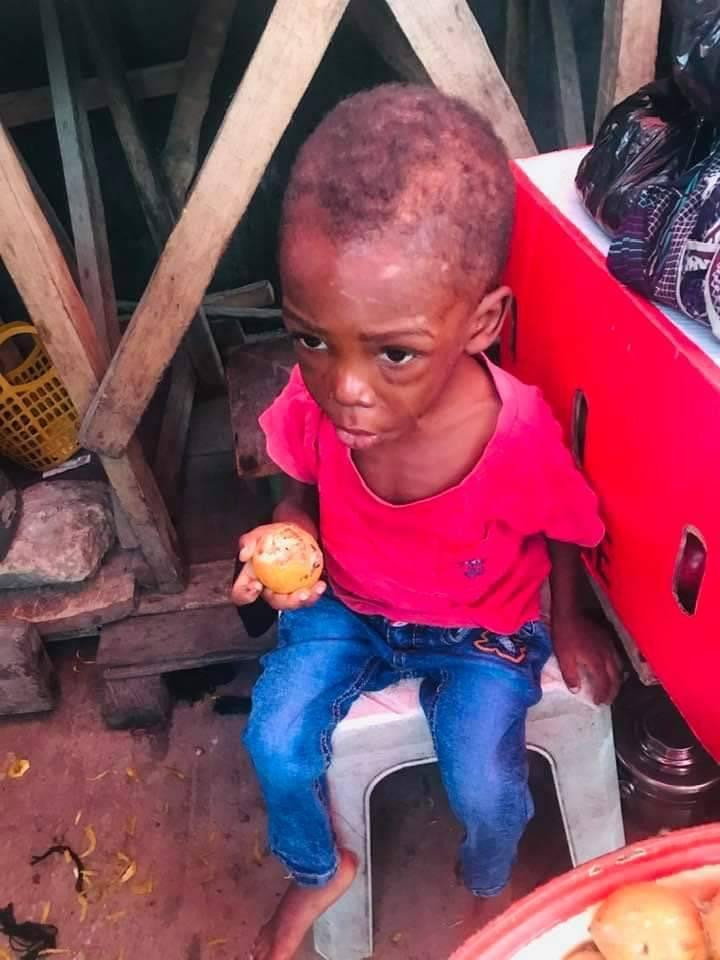 Activist Harrison Gwamnishu got involved in the case and has helped to rescue the child. He gave an update about the child on his Facebook page. According to him, the boy has been taken to the hospital while the father has been arrested. 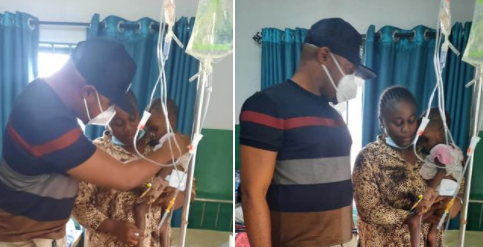 ”2-YEAR OLD #SaveZINO RESCUED IN WARRI.You called and we responded swiftly despite health challenges.TEST CARRIED OUT> HIV > NEGATIVE> BLOOD: 30%> SUGAR LEVEL> 68> MALARIA > 1He’s malnourished and currently on admission. Father arrested and detained at B Division Warri.Abuse and neglect hit kids hard and abused children are in no shape to defend their rights. Behind Bars and other passionate Nigerians are always here to stand in the gap and represent their interest.”he wrote 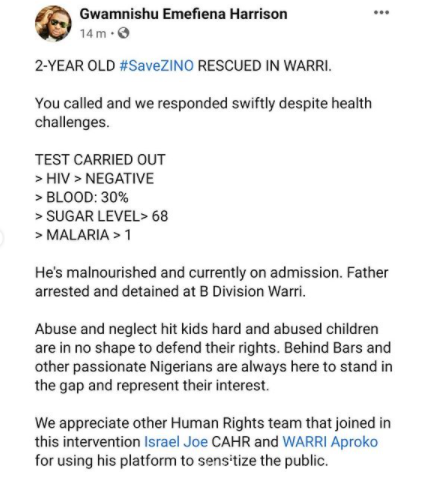 The post 2-year-old boy allegedly maltreated and starved by his father and stepmother in Warri rescued (photos) appeared first on Linda Ikeji Blog.

Membership registration exercise will go on as scheduled – APC –...