Nigeria’s Enoch Adegoke (9.98 seconds) claimed the first spot in the second heat of Saturday’s Olympic men’s 100 metres dash to qualify for Sunday’s semi-final ahead of Trayvon Bromell, the fastest in the world this year and favourite to win the men’s 100 metres gold.

The American posted 9.77 seconds last month and, in the absence of banned world champion Christian Coleman, arrived as the man most likely to regain the blue riband title for the United States for the first time since 2004. 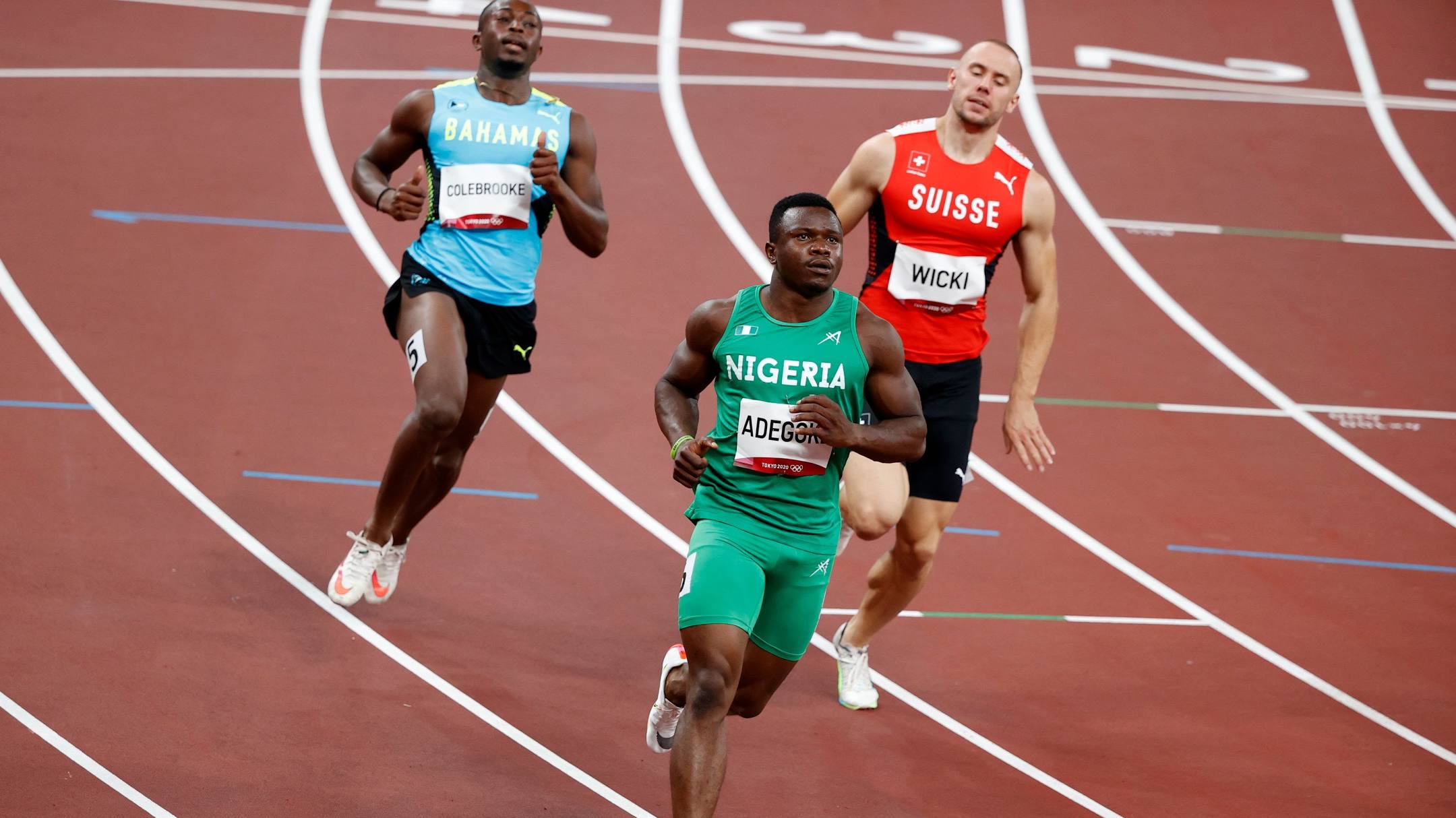 But he got a terrible start in the second heat and was labouring to make ground behind winner Adegoke of Nigeria. Bromell finished a ragged fourth in 10.05 seconds – with only the first three progressing automatically.

He faced an anxious wait through the remaining five heats but went through safely as the quickest of the three fastest losers.

With the retirement of triple champion Usain Bolt, the US are desperate to regain the most prestigious title of the Olympics, having last triumphed via Justin Gatlin in Athens.

Ronnie Baker, who posted 10.03 in the opening heat, and Fred Kerley, 9.97, both looked good, while Canada’s Andre de Grasse, bronze medallist in 2016, was the fastest qualifier with 9.91 seconds.

Jamaica’s slim-looking hopes of continuing their streak are now resting on former world champion Yohan Blake (10.06) and Oblique Seville, who ran an equal personal best of 10.04, after trials winner Tyquendo Tracey did not make the start line.

Lamont Marcel Jacobs had an explosive start en route to an Italian record of 9.94 while Australian Rohan Browning ran a personal best to win the final heat in 10.01. 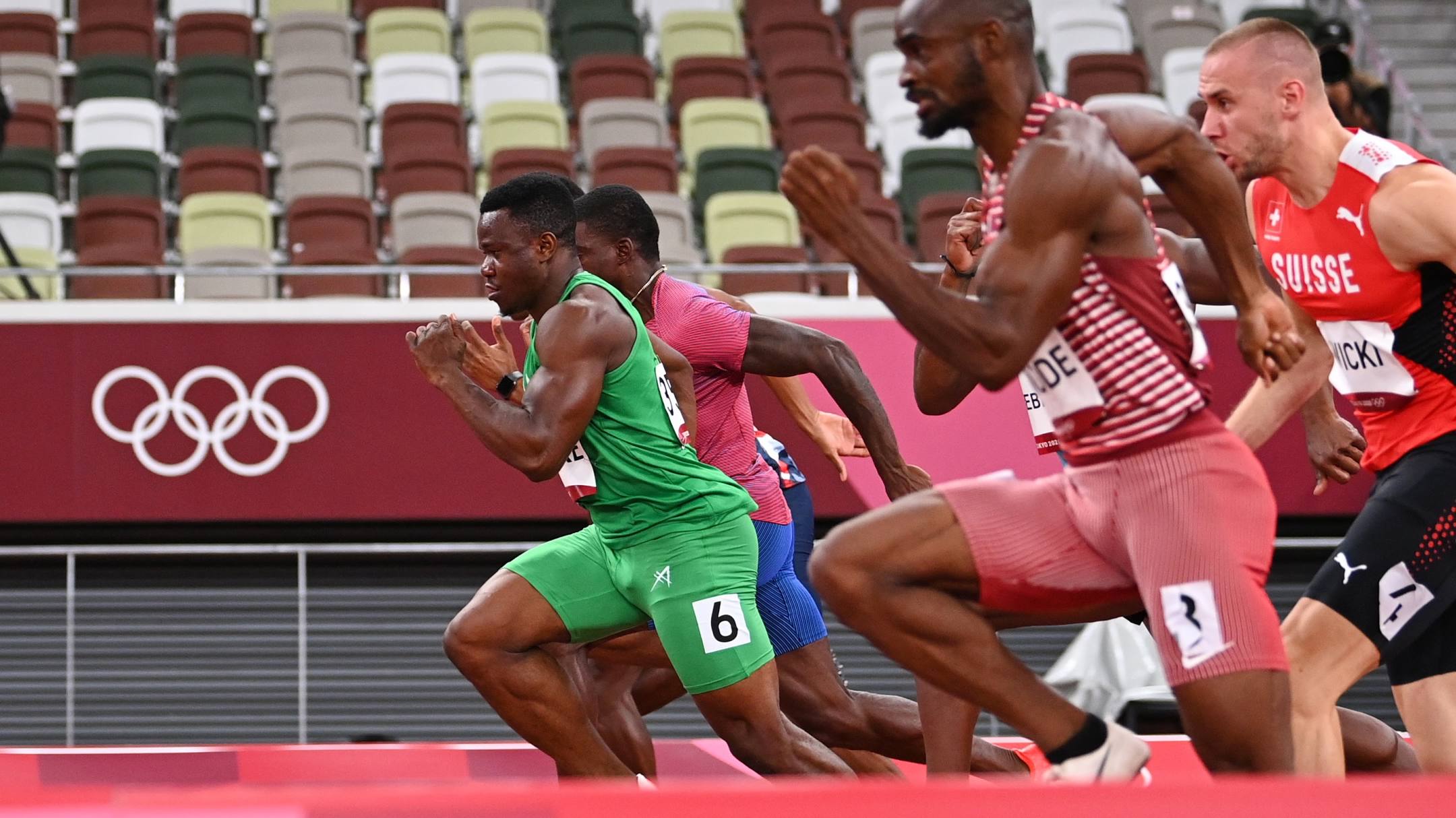 Enoch Adegoke of Nigeria, Silvan Wicki of Switzerland and Femi Ogunode of Qatar in action during Heat 2

Kenya’s Mark Otieno was pulled from the heats hours before the start after a positive doping test. That left Ferdinand Omanyala as the lone contender for Kenya – he also served a 14 month doping ban from 2017 – and he advanced by tying his own national record of 10.01.

Adegboke’s compatriot Divine Oduduru, who has a personal best of 9.86, was disqualified after a false start.

The semifinals and finals both take place on Sunday evening, local time, in Tokyo.

Oleksandr brutal attack: Joshua could not see out of right-eye from Rd 9

Oleksandr brutal attack: Joshua could not see out of right-eye from...