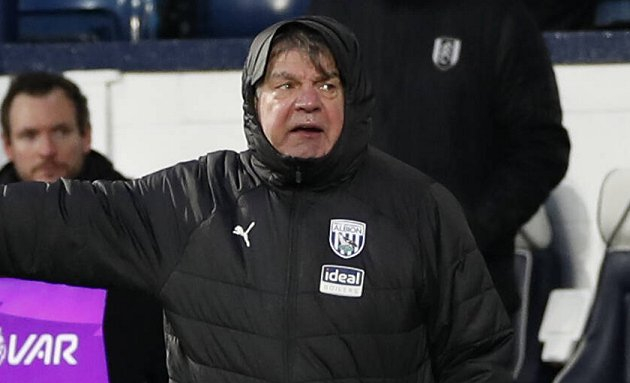 West Brom manager, Sam Allardyce, has rated Leicester City far above his team, saying that they were fantastic in their approach to the game.

The Brendan Rodgers boys scored three beautiful goals to compound the woes of the troubled team.  Jamie Vardy opened the scoring for Leicester City in the 23rd minute as Jonny Evans increased the tally three mimutes later before Kelechi Iheanacho rounded it up with his 36th minute goal.

“Leicester were far too good for us, in the first half particularly. We tried to look after their front two and one of the main reasons for our recent results has been our defensive solidarity. Leicester tore it apart. We couldn’t cope with them,” he told BBC Sport after the match.

“It was a respectable second half but we didn’t get much at the other end. We had a good chance to open the scoring but Mbaye Diagne missed his kick and those are the sort of chances we can’t afford to miss.

“In the end we thoroughly deserved to get beat. Was it great pressure from Leicester that forced us into so many errors? They are on a high, you can see why they are in the top four, they are as good as anyone in the league apart from Manchester City.

“You have to get the basics right and those basics deserted us tonight. We need to win five out of six to have a sniff. We’ll give it our best shot.”