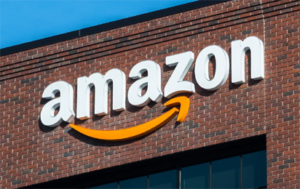 Online retail giant, Amazon, has greenlighted South Africa, as the home to its African Headquarters.

This was indicated by South African media in their reportage of the approval of a R4 billion (N114 billion) River Club mixed-use development project.

The project according to a local media intends to create a 150,000 square metre mixed-use space, divided into commercial and housing uses across two precincts. 31,900 square metres was scheduled to be used for residential purposes.

Amazon was noted as the anchor tenant of the to-be-constructed buildings.

This is coming some days after Nigerian Twitter went agog over Twitter’s decision to site its African headquartres in Ghana.

A Twitter user, @Tee4ola, reacting in pidgin posted; “Twitter choose Ghana for her headquarters in Africa, Amazon propose to choose south African to establish, who is going to choose Nigeria Nd dey said we r the giant of Africa o”

Another Twitter user, Arigbede Ibukun (@ibukun_arigbede) reacted thus; “Be sincere to urself, if u are Amazon, will u open the headquarters here in Nigeria with the present situation of the country now? The most annoying part is that nobody can say exactly when all this s**t will come to end.”

Facebook in 2015 opened its first African office in South Africa and in 2020 opened its second office in Nigeria. The office is expected to become fully operational by the second half of 2021.

I Can’t Look at Another Sweatsuit, so I’m Buying These 31 Swimsuits Instead