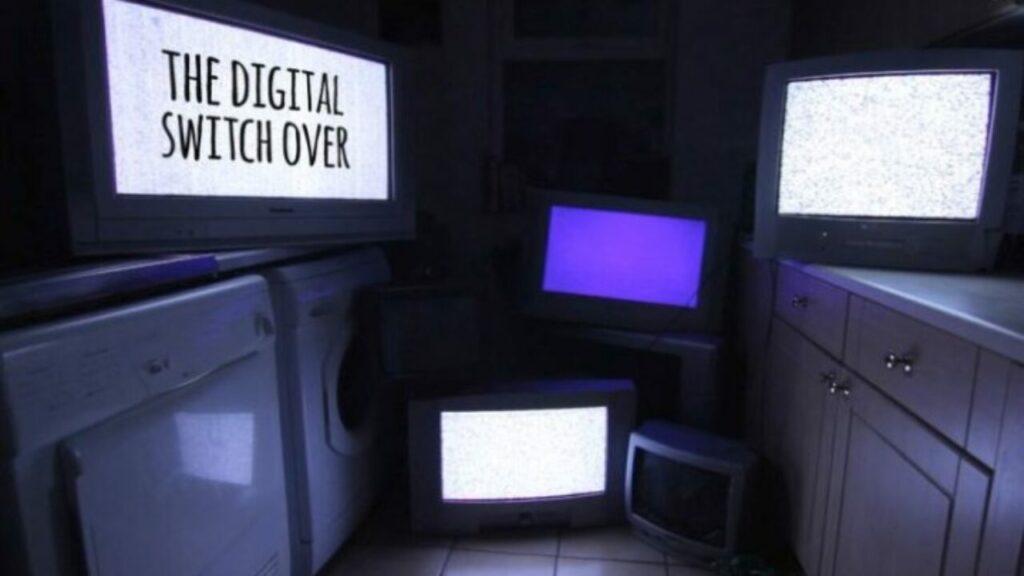 The Federal Government has concluded plans to Kick-start the new rollout of the Digital Switch Over, DSO, in Lagos State, scheduled for April, 29, 2021.

DSO, is the process of transitioning from analogue to digital television broadcasting.

The transition from analogue to digital television decision followed a treaty agreement that was signed at the Regional Radio communication Conference (RRC-06) in Geneva, Switzerland, on June 16, 2016 to usher in ‘all-digital’ terrestrial broadcast services for sound and television by a target date ofJune 17, 2015.

It aimed at creating a more equitable, just and people-centered Information Society, which would connect underserved populations and remote communities, thereby bridging the digital divide.

Chairman of Ministerial Task Force on the DS0 and Minister for Information and Culture, Lai Muhammed, disclosed this during a courtesy visit to Lagos State Governor, Babajide Sanwo-Olu, at the State House, Marina on Saturday.

According to Muhammed, “This courtesy visit presents us with a great opportunity to brief His Excellency on the DSO as well as our planned to rollout in Lagos State on April 29.

“Analogue broadcasting provides a limited choice of programming due to restricted bandwidth, and it is no longer efficient technology. The same transmission channel used to broadcast a single analogue program
could carry a multiplex of up to 20 digital programmes of equivalent quality.

“And that explains why the DSO television platform, branded as FreeTV, offers its viewers about 60 digital channels, including sports, music, movies, and news. FreeTVis available nationwide on both Digital Terrestrial Television (DTT) and Direct To Home (DTH) transmission.

“We launched the DSO rollout in Jos, Plateau State, on April 30th 2016. Since then we have rolled out in four more
states – Kwara, Kaduna, Enugu and Osun – and the Federal Capital Territory, bringing the total to five states and the FCT.

“The rollout in Lagos reflects our decision to take the DSO to commercial centres across the country. With a population of over 20 million, and projected TV households of over 5 million, the launch of FreeTV in Lagos State will be a critical milestone for the DSO and for Nigeria’s broadcast and creative industry.

“The DSO is not just about high fidelity sound and picture, it is about creating jobs, especially for our teeming youth, stimulating local content and empowering channel owners.”

The minister said in the next three years, the DSO is capable of creating 1 million jobs, in the manufacturing of set top box or decoder manufacturing; TV Production, film production, distribution (supply of STBs, TVs and dongles for the internet); as well as TV and online advertising.

“Lagos State, which is the hub of the Creative Industry, will take a large share of the 1 million jobs to be created. Since FreeTV helps to provide value Added Services, the 20 Local Government Areas and 37 Local Council Development Areas, LCDAs in Lagos State will be supported in the collection of Television and Radio Licenses from residents. With FreeTV’s push system for information services, the FreeTV platform can be used to broadcast information on Lagos State activities to all viewers.

“Current users of this push system for information services include the Federal Ministry of Information and Culture, the National Broadcasting Commission, the State House and the Nigerian Police,” he stated.

Muhammed stressed that the audience measurement capability of the FreeTV platform will help advertisers in Lagos to target which programmes and channels are being watched by the audience.

He continued, “Lagosians can also cash in on the Push Video-on-Demand capability of the FreeTV platform to access premium blockbuster Nollywood movies from the comfort of their homes.

“A major advantage of the DSO is that viewers will not pay subscription fees. Once they have acquired the Set Top Box and pay the once-a-year access fee, which is a token, it’s free viewing all the way.

“Millions of Nigerians who cannot afford to pay the rising subscription fees being charged by the Pay TV platforms can now enjoy the benefit of digital television. This is the meaning of bridging the digital divide.

“This brings me to the relevance of the DSO to the Lagos Smart City Project and the Lagos Broadband initiative. Everywhere in the world, video consumption has been the key driver for majority of homes acquiring Broadband.

“And the commercialization of Broadband requires people/home to consume the large pipes of data, which ONLY video can do.

“Most other uses don’t require much data. FreeTV and the DSO can provide the best of local content to drive purchase of last mile home data. And also the home equipment used for the home can be the FreeTV boxes which already have the data port to bring data to the home.

“Finally, the DSO focuses on the building of the home devices/STB’s locally which should also be the end user for Lagos Broadband initiative, and Lagos should therefore get involved.”

In order to carry all the residents of Lagos along in the successful launch of the DSO, the minister urged the governor to direct the Lagos State Signage and Advertisement Agency, LASAA, to provide out-of-home boards, lamp post and other publicity support for the DSO launch for at least three months.

Responding, Sanwo-Olu, while appreciating the taskforce, led by the minister, promised to give necessary support to make the venture a reality and sustainable in the state.

Sanwo-Olu stated, “We understand the DSO from transistin from analogue. It’s speaks to the reality of where we are today.

“Everywhere in the world technology is now a fundamental and critical deliverables for development which provides opportunities to citizens to have access to Local and international reach.

“Even with existing analogue system, DSO is not a waste, because it provides different spectrum, so there is opportunity for citizens.

“More importantly is the opportunity of the reach and the robust of contents coming out of digital space.

“It will provide wider oportinities to larger population in the country, to Nigerians in general and Lagosians in particular.”

We’re Calling It: 5 Under-$50 Trends That Will Reach It Status This Summer