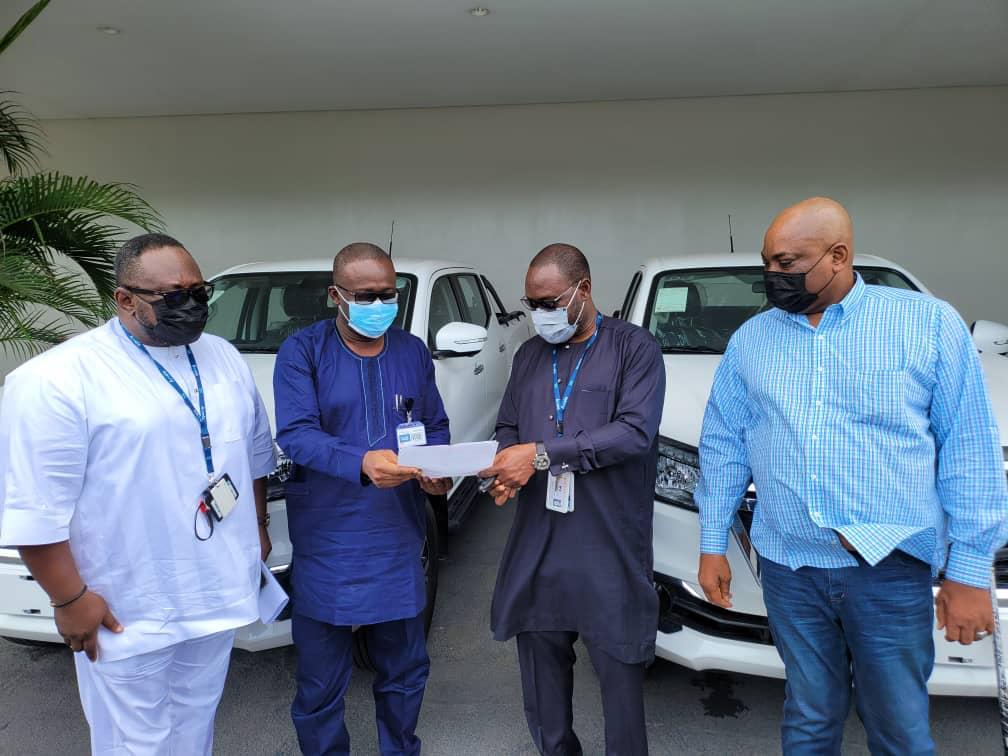 Axxela Limited (“Axxela”), sub-Saharan Africa’s preferred fast-growing gas and power portfolio company, has donated two new 2021 Mikano ZNA security patrol vehicles to the Ogun State Security Trust Fund as part of its efforts to help strengthen the security and wellbeing of the residents of the state.

The gesture by this leading gas and power company aligns with its corporate social responsibility commitment to its communities and an affirmation of the warm relationship between the Ogun State Government and Axxela Limited.

Commenting on the donation, Axxela’s CEO, Bolaji Osunsanya, said: “We understand that security is critical to any commercial pursuit. Our gesture, therefore, is driven by the recognition of today’s security realities across the country and the priority that the Ogun State Government has assigned to securing lives and investments in the state.”

The CEO added, “We are fully supportive of the State Government’s invitation of like-minded private sector players to contribute to its security architecture with the establishment of the State Security Trust Fund. With the donation of these two patrol vehicles, we believe we have demonstrated in our little way our willingness and ability to work in consonance with the Ogun State Security Trust Fund to better improve what they are already doing.”

The Executive Secretary and the Chief Executive Officer, Ogun State Security Trust Fund, Otunba Opeyemi Agbaje, while taking delivery of the donated vehicles, lauded the exemplary contribution of Axxela to the Fund stated, “We thank Axxela for the generosity and goodwill that has led to this donation. We want to assure Axxela that we would judiciously use the vehicles and maintain them regularly to strengthen security operations in the state”.

Jail for woman in Singapore who acted as deity to ‘cruelly’ cheat superstitious family...