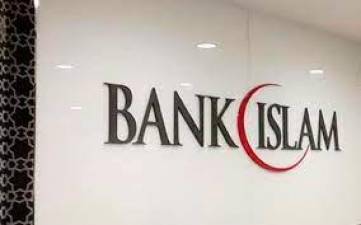 KUALA LUMPUR: Bank Islam Malaysia Bhd (BIMB) is expected to be listed on the main board of Bursa Malaysia in August this year, as part of parent company BIMB Holdings Bhd’s (BHB) conclusion of its restructuring exercise.

BIMB chief executive officer Mohd Muazzam Mohammed said BIMB Holdings applied for restructuring approval in December 2019 but due to the Covid-19 crisis, only received it from Bank Negara Malaysia and the Ministry of Finance in December 2020.

“After the listing, BIMB will continue its pursuit to become the champion in syariah environmental, social and governance total financial solution with leadership in digital banking and social finance.

“We are also targeting to increase our asset size to surpass RM100 million in five years from the current RM75 million through organic growth and expansion into digital banking space,” he said during a media briefing on the bank’s way forward here today.

Mohd Muazzam said after the completion of the restructuring exercise, BIMB and Syarikat Takaful Malaysia Keluarga Bhd (STMKB) will retain separate listing status while BHB would become a dormant subsidiary to BIMB.

In order to make BHB a dormant company, he said the group carried out a private placement in April after issuing over 222 million new shares at an issue price of RM3.58 a share, which received overwhelming response and oversubscribed by over 1.7 times.

According to him, the group managed to raise about RM795.5 million in gross proceeds via the exercise which would be mainly utilised to redeem BHB sukuk amounting to between RM920 million and RM960 million in May or June when it is exercised.

The balance for the sukuk redemption exercise and other liabilities in BHB will be settled through internally generated funds, he said.

Mohd Muazzam said the group will also be required to redeem BHB warrant shares totalling over 427 million valued at RM162 million which will be paid in second quarter of this year depending on the Kuala Lumpur High Court’s sanction.

Mohd Muazzam said that upon completion of the listing, BHB shares will be swapped at a ratio of 1:1 to BIMB shares and for shareholders who owned more units, every four shares entitled them to another one STMKB share.

He said the exercise would allow BIMB to offer a compelling business proposition for sustainable banking while adopting new ways of doing business.

“We are hopeful for growth opportunity for Islamic bank in new areas by focusing on its financing business to companies with higher ESG standards.

“ We want to focus on ESG segment financing and to be specialised in this area. We have sufficient credentials but we are not going broad-based approach,” he said.

Mohd Muazzam said BIMB would also continue to focus on reducing cost-to-income ratio from 53% to less than 50% in the next five years via automation, optimisation and cost management as well as enhancement in income.

“We expect to contain our current cost structure and uplift our revenue to achieve the desired target,” he said, adding that while 75% of the bank’s current business is in retail, it was also looking to grow its corporate banking portfolio and double its non-fund based income.