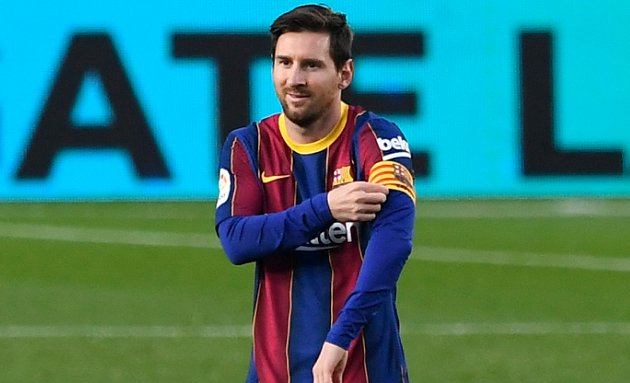 Barcelona coach Ronald Koeman was delighted with their 4-0 win at Granada.

Doubles from Lionel Messi and Antoine Griezmann gave Barcelona a 4-0 win away at Granada, a result which leaves the Blaugrana third in the LaLiga Santander table, though Atletico Madrid have three games in hand and are four points ahead.

“[Winning titles] doesn’t depend on just one player,” Koeman told the press. “It depends on the mentality of the team.

“If everyone is well and in their best form, they can fight [for titles]. With the gap to the leaders, it’ll be difficult, but this week we have played well which gives me confidence.”

Messi was again Barcelona’s talisman and bagged a brilliant freekick as the captain once again inspired his team.

“Barcelona need Leo,” Koeman stated. “Because of his importance and effectiveness. We need him to fight for titles.

“Thanks to the lead we were able to take him off. Messi tries his best for the team and lately, he has been doing very well, very effectively.

With MCO clock ticking, still no light at end of Covid-19 tunnel for Malaysia

Kamala Harris Has Been Wearing Her Signature Accessory for 35 Years