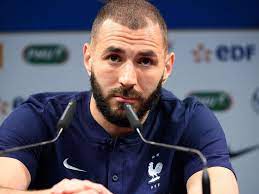 France forward Karim Benzema, who sustained a knee injury during a friendly on Tuesday, is expected to take part in his team’s Euro 2020 Group F opener against Germany, the French federation (FFF) said on Thursday.

Benzema, who limped off the pitch in the world champions’ 3-0 win over Bulgaria, has been training indoors and should be fit for Tuesday’s clash in Munich. France also face Hungary and Portugal in the group stage.

After the Bulgaria match, France coach Didier Deschamps had described Benzema’s injury as “a knock on the knee, which also affects the muscle. He felt he was getting stiff so he asked to be subbed.”

Benzema, who plays his club football at Real Madrid, is back with Les Bleus after not playing for the national team for more than five years for a blackmail scandal over which he faces a trial in October.

The post Benzema good to go in France versus Germany Clash appeared first on Sporting Life.

Dare: Our Athletes Have Given Us Renewed Hopes Of Podium Appearances in Tokyo

Between Toke Makinwa and a follower asking how much she’s got in her account...

Chris Brown under investigation over alleged assault on woman