Best New Music is our weekly roundup of fresh and hot releases you ought to listen to. It’s time to update your playlist! 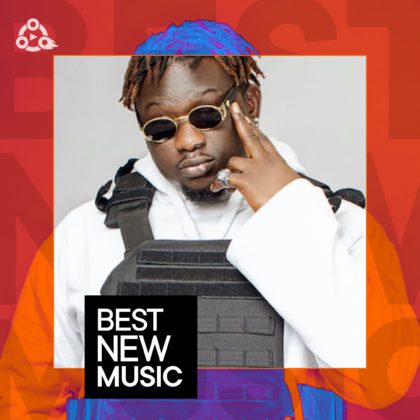 On the latest instalment of “Best New Music“, we cover hot releases across the Afrobeats & Afropop world, with heavy focus on Nigeria, Ghana, UK and South Africa. There’s something from Sarkodie, M.I, NSG, Nasty C, Master KG, and many more. Enjoy!

“You win the a** cheek ballon d’or” – I became a fan of Lojay after hearing this line on “Tonongo“. The Sarz-backed singer just dropped his debut EP LV N ATTN, with the title track featuring Wizkid.

DJ Neptune & Wande Coal just dropped what is sure to be a Summer 2021 banger.

Dandizzy recently became a social media sensation with his off-the-dome freestyles on the streets of Lagos & Port Harcourt. The PH rapper serves up an official single featuring Bella Shmurda. Listen to “Mbong”.

King M returns to his vintage best with this new cut tagged “All My Life” alongside Oxlade.

Looks like we’re entering the era of female dominance, particularly on the Afro R&B side of things. Aristokrat Records just unveiled their latest signing; a first lady, if you will. Check out Ria Sean‘s coming-out single here.

Even before pushing play, you already know a Sarkodie & Kwesi Arthur collabo will be dope.

Kcee is one guy who has reinvented himself multiple times and stayed successful. The success of Cultural Praise – alongside Okwesili Eze Group – means his latest reinvention is one that’ll last for quite some time. Here’s “Hold Me Tight” featuring Peruzzi.

Back in February, Joeboy dropped his debut album “Somewhere Between Beauty & Magic“. One of the instant fan faves on it was “Show Me”, so it comes as no surprise that there’s now a video.

A Summer Anthem for sure.

Ghanaian highlife star, Bisa Kdei, surprises everyone with a sensual R&B/Urban song aptly titled “Slow“. He even goes as far as rapping a few bars. And delivers!

It’s definitely Mavin season with some of their signings currently dominating the charts.

“In Sync” is a record off Crayon’s Twelve AM EP. The alternative visuals just dropped.

“Blessed fruit of my womb. Drinker of my milk. Climber of my body.” – Simi on Instagram.

“I’ve done the walk So you can fly” – Adekunle Gold on Instagram.

Both proud parents dedicate this song to their daughter, Adejare, on her 1st birthday.

No one does an S.A-Naija collab better than Niniola. And that’s on period!

“Banky Banky” is off Oskido’s latest EP, Back to the Future.

Mavin Records star Korede Bello is quietly but surely keeping himself firmly on the lips and ears of fans with periodic releases. Here’s fine fine.

Skales ft. Davido – This Your Body

Here’s something from Speroach Beatz. The talented producer of Davido’s Assurance steps out of the shadows with his own single “Constantly” featuring DMW bigshots, Mayorkun and Peruzzi.

Nasty C – Best I Ever Had

“Critical” is a record that first appeared on Stonebwoy‘s 2020 album Anloga Junction. It was officially released last month as a single, and now has a video.

And there you have it for this week…

Stream and Follow NotJustOk’s Afrobeats Hits playlist on Spotify. It’s got some of the best new afrobeats music out there. Updated daily.

Singapore: Covid-19 self-test kits to go on sale at selected pharmacies from June 16;...

Adut Akech Shows Off Every Outfit She Wears in a Week on Vogue’s “7...

Urban warfare intensifies in Mandalay between security forces and civilians

M.I Abaga Reveals He Once Had The Opportunity to Sign Wizkid,...