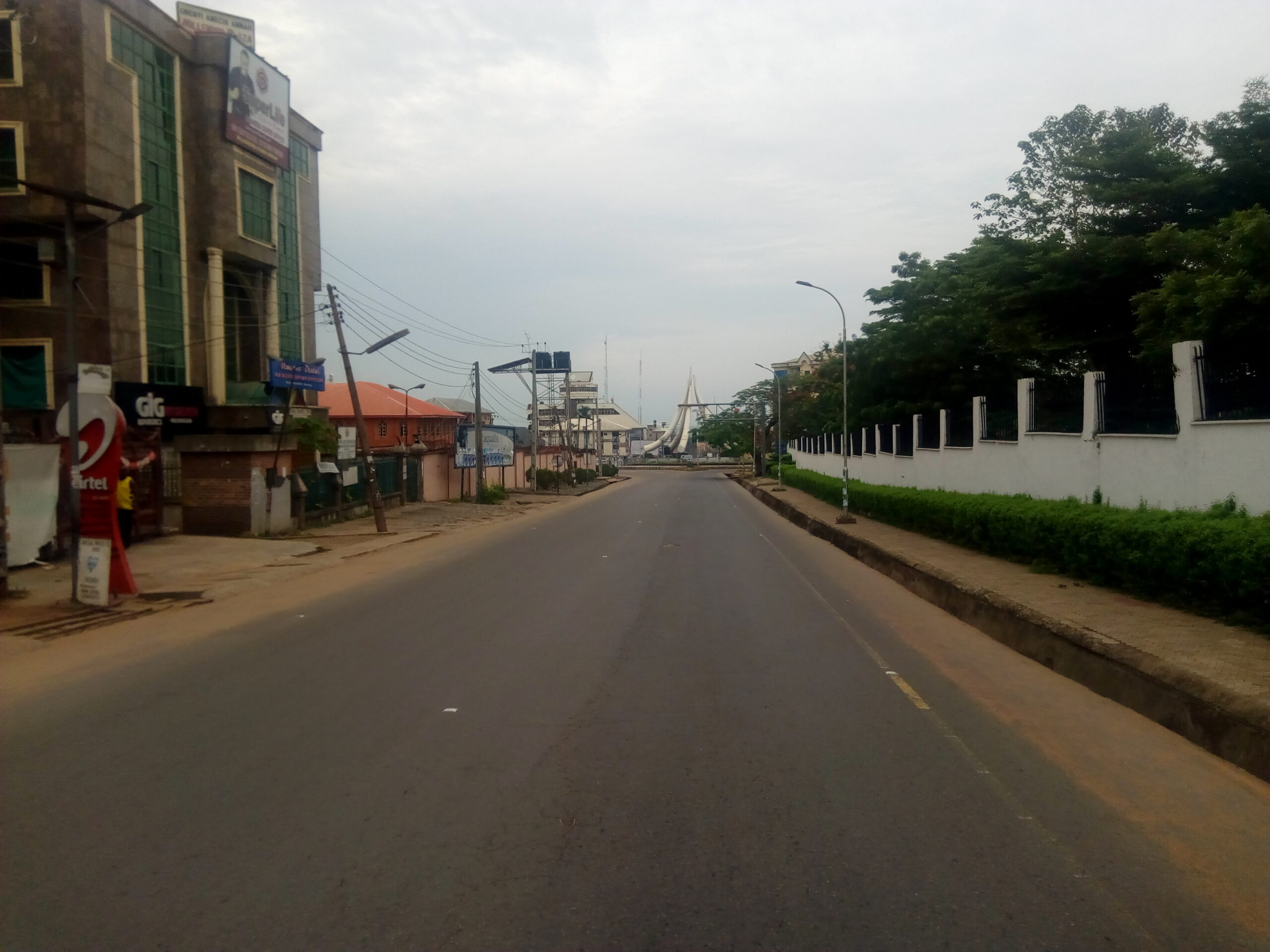 Commercial activities came to a halt yesterday  across southeast  states and sections of south-south as residents deserted the streets in compliance with the sit-at-home order issued by the leader of the Indigenous People  of Biafra, Nnamdi Kanu.

IPOB, through its Director of Media and Publicity, Emma Powerful, had earlier said human and vehicular movements would be restricted across the South-East to mark the 54th anniversary of Biafra.

The order recorded total compliance and success across all the states in the region with the residents and  business outfits complying totally with the directive.

All business activities were shut down, all markets were under lock and key, public and private secondary and primary schools were shut down. Government offices and banks were not opened for business as they were under lock and key. Petrol and gas filling stations were  not opened for business as streets and roads, shops and artisans in  major cities and rural communities  shut for the day.

All the roads leading  in  and out of southeast states were ghosts of themselves as residents stayed away from them in obedience to the Biafra groups’ directive.

The  ever busy Onitsha- Enugu expressway of the Onitsha end of the Niger Bridge leading to Awka; the Onitsha -Owerri road express way, leading to Owerri, Nnewi and Okigwe were  all ghost of themselves as no single vehicle was seen.

Markets, shops under lock in Onitsha

Onitsha, the commercial city and Nnewi the industrial town of Anambra State  witnessed unprecedented compliance to the sit-at-home directive by the Indigenous Peopke of Biafra, IPOB, in celebration of Biafran Day and to honour Igbo heroes and heroines killed during the Nigerian Biafra Civil war.

Roads and streets in the two busy towns of Anambra State were totally deserted as no economic, political, religious, cultural and social activities took place in the cities, as residents stayed indoors to observe the day.`

Markets, banks, public and private schools were closed. In the past, street  shop owners would be seen hanging around their shops to conduct sharp business transactions with their customers just as artisans did, but in this 2021 sit-at-home, traders, artisans, business owners and shop owners did not come out of their homes, let alone visiting their shops or offices to hang around for any possible business transaction.

Thousands of  touts  normally seen within the ever busy Upper Iweka, Iweka Road, Lagos Park, Owerri Road, Obodoukwu Road, Uga Junction, Atani Road and Niger Bridge Head, Niger Street and all the streets around Onitsha Main Market and other major markets in Onitsha and Edo Ezenewi, Bank Road, Owerri Road all in Nnewi, were nowhere to be seen.

However, at the Niger Bridge Head, an exit from Onitsha to Asaba, soldiers mounted check points and few pedestrians coming in and exiting Onitsha, were made to properly identify themselves before crossing. Nobody was harassed, intimidated or maltreated. There was no single gun shot by the soldiers or Police men seen patrolling the roads and streets of Onitsha.

It was the same  situation at the Asaba end of the Niger Bridge Head, the border between Anambra and Delta States, near God is Good Transport Company terminal and Edegbe Transport Company, as soldiers and Police men of “Operation Delta Halks, OPDH, were seen conducting similar checks on  pedestrians and few motorists on essential duties without any kind of harassment and intimidation of the people and occupants.

However, the two transport companies, God is Good and Edegbe Motors business premises were closed for business  as no single passenger or vehicle except few grounded ones were seen at the terminals.

In Onitsha metropolis, all the major markets like Onitsha Main Market, Relief Market, Ochanja Central Market, New Motor Spare parts Nkpor and Obosi and Old Motor Spare Parts Nkpor and Obosi, and Building Materials Market and Concessionary Market opposite   and other markets located in Ogidi were shut down. Small markets including food stuff  markets that never closed for business even on Sundays, namely, Ekene Junction Food Market, Coca Cola Food Market by Onitsha Enugu Expressway and those located near Ochanja Central Market were closed.  None of the numerous banks in various locations in Onitsha opened for business.  Schools both secondary and primary schools did not open for academic activities. Police men were seen in over six convoy of vans patrolling major  roads and streets without any seen at any check point.

Economic and social activities in all the 27 local council areas of Imo State, yesterday, suffered a serious setback, as everyone remained indoors in compliance with the sit-at-home order of the IPOB.

No single human and vehicular movement was seen on the streets especially Owerri, the state capital. All businesses were completely shut down.

Vanguard investigation showed that apart from those who opted to respect the “stay at home order issued by the leadership of the Indigenous Peoples of Biafra, IPOB”, others stayed away for fear of being arrested by security personnel.

A  respondent who spoke on strict grounds of anonymity, said: “Imo has been in the news for all the bad reasons. The level of insecurity in the state is palpable and nobody  is sure of what happens in the next meeting.

“Before the sit at home order, stories were told about how  innocent people were  arrested by police operatives and branded bandits, IPOB and members of Eastern Security Network, ESN. We have also heard and seen how some hapless people were killed for puerile reasons.

In total compliance to the sit-at-home order issued by the Indigenous People of Biafra, IPOB, economic and social activities in Enugu State were paralyzed as the state observed the order.

Vanguard reporter who went round the state to monitor and observe the sit at home gathered that the major markets, banks, parks and schools in Enugu metropolis were deserted and abandoned.

At Okpara Avenue, Abakaliki Road, New Layout, Ogbete Market, Agbani, Abakpa and other major towns and areas in the state, everywhere looked deserted  while commercial buses and tricycle riders were nowhere to be seen.

Other markets in the metropolis that were affected included Aria Market, Kenyatta Market, Artisan Market, Garki and Akwata Market.

In the same vein, academic activities at public and private schools in the metropolis were affected  as no student was seen in schools visited.

The level of compliance in Ebonyi State was 100 percent as shops, business centres, parks, stadium, recreational centres, banks, universities, schools both private and public among others were not opened for activities. Vehicles and motorcycles were hardly seen on the road as the state capital was unusually in a state of quietness.

Vanguard gathered that around Ozibo Development Centre, a group of young men were seen molesting passerbys and motorcycle operators for violating the sit-at-home order.

Situation report within the axis of Nnodo, Ebebe junction and  Ogbaga road revealed total compliance to the sit at home order in the state.

Vanguard further gathered that all banks and  shops along both Ogoja Road and waterworks are still under lock and key as streets were deserted.

The development in Ebonyi is in total compliance to the sit at home order as this has  never happened before  in the history  of Biafra agitation in the state.

Vanguard observed that the popular Ogige Market in the heart of the university town and all the commercial banks and traders’ shops were locked.

There was equally no vehicular movement as residents retired to their homes except for few who were peeping from secured corners in their respective streets to observe the situation.

The  same situation was observed in the popular market at Obollo Afor, Udenu Local Government Area of the state as traders locked their stalls, leaving the market empty.

Streets in Umuahia, the Abia State capital were  empty and deserted as residents remained indoors in total compliance of the sit-at-home order to mark this year’s Biafra Day.

Unlike previous years when the exercise recorded partial compliance in Umuahia where the IPOB leader, Mazi Nnamdi Kanu hails  from, the capital city was completely shut down. All shops in the street  were under lock and key.

When our Correspondent visited the relief market beside Amuzukwu Primary School, no trader nor buyer was sighted as the market was completely deserted.

It was a similar situation at the ever-congested nearby Orieugba market which was a ghost of itself.

Gov. Okezie Ikpeazu had Sunday night said Abia traders would not be compelled to open their shops today if they chose not to do so. 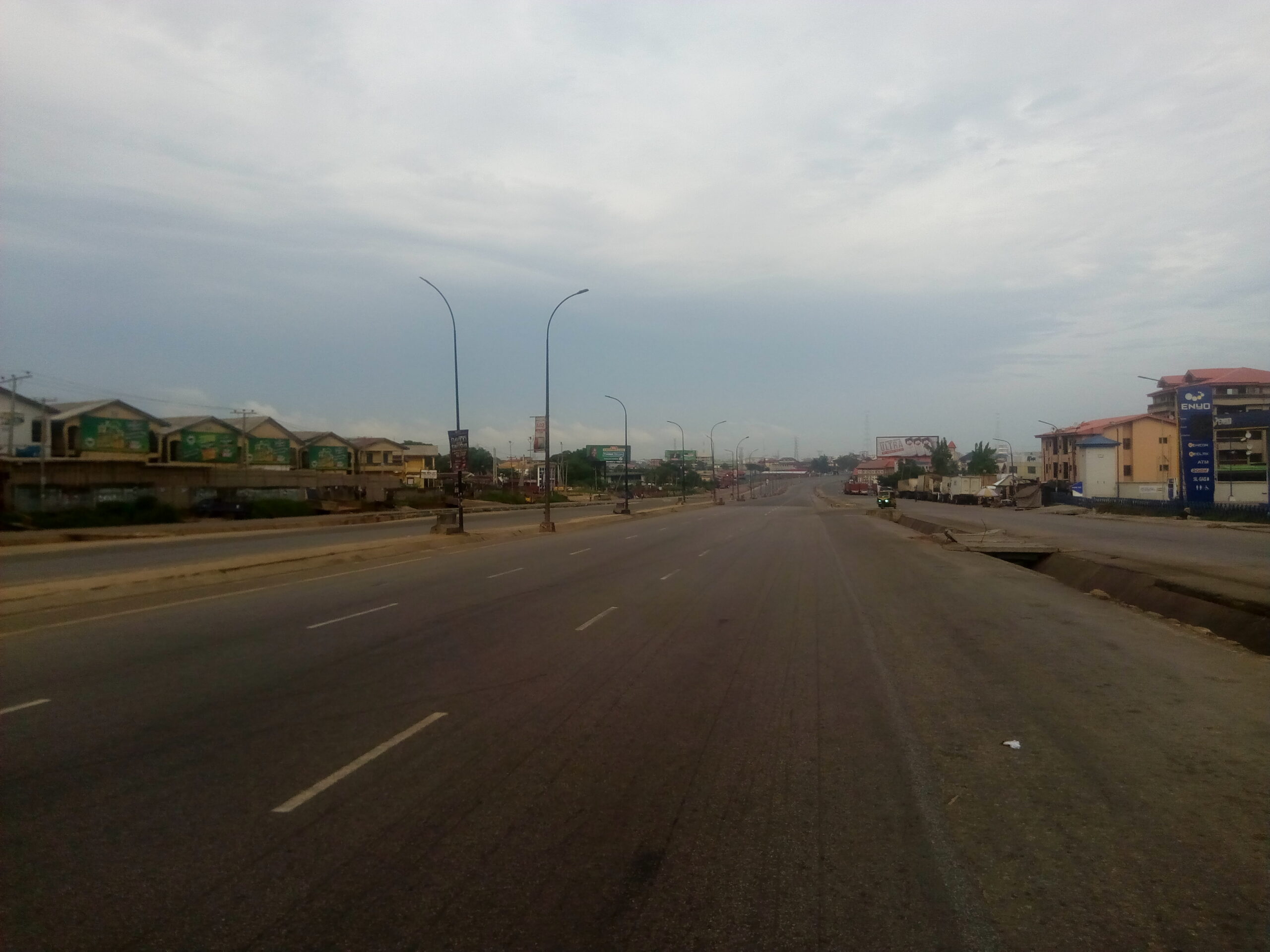 Kanu had in his early morning live broadcast on Facebook and other social media platforms expressed rage over the non-compliance attitude of Umuahia, Enugu and Abakaliki to similar orders in the past.

He warned them to ensure total compliance to the sit-at-home order this year.

Business centres in Aba , the commercial nerve centre of Abia State were shut as residents observed the sit- at- home order by the Indigenous People of Biafra, IPOB, to honour Biafra’s fallen heroes.

The roads in the city were deserted as motorists also complied with the order. Even the usually disruptive tricycle operators could not be sighted on the roads. Schools in the city had earlier warned parents to keep their children at home.

Kanu in a live broadcast Monday morning via Facebook and other social media platforms, hailed the courage of Gov. Obiano in building a cenotaph in memory of fallen Biafra heroes.

He also commended Gov. Ugwuanyi for releasing members of Zionist Biafra group crammed into detention for some months now.

The IPOB Leader also saluted the boldness of Gov. Ikpeazu in “speaking truth to power” when he declared on Sunday night that Abia traders would not be forced to open their shops  today (Monday) if they chose not to do so.

Similarly, Kanu grudgingly commended the decision of Umahi to rescind his earlier threat to seize the shop of any trader in Ebonyi that closed shop because of the sit-at-home order.

Kanu said that ” for the first time” the governors had behaved in a manner that won his admiration.

Kanu called for unity among Ndigbo and other indigenous tribes that make up Biafra republic, saying that unity of the people is Nigeria’s greatest nightmare.

Rollingstone Features Blaqbonez and Joeboy on Best Albums of 2021 List