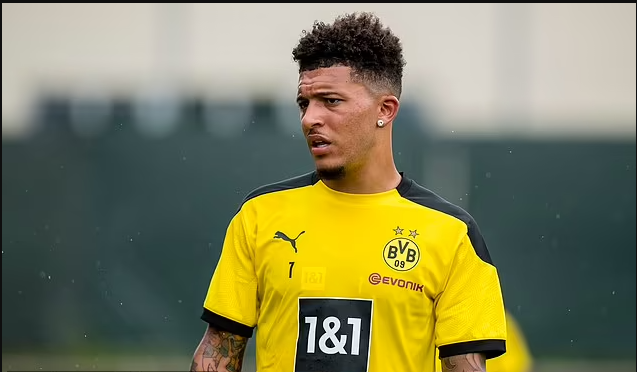 Manchester United have had an opening offer of £67million rejected by Borussia Dortmund for winger Jadon Sancho.  According to Mail Online, talks are ongoing but the clubs are understood to be around £14m apart in valuation for the 21-year-old. Dortmund wants £77m plus bonuses and wants the fee paid over four years as opposed to United’s proposal to pay over five. All parties are wary of transfer talks turning into another saga with Dortmund wanting business tied up by July 23 when their squad comes together for pre-season camp. Dortmund have an agreement with Sancho that he can leave once his valuation is met and United are the main contenders for his signature. The England winger admitted on Thursday that a move to Old Trafford has been the topic of conversation among his teammates as he prepares for the European Championship. I’m cool about it. You know, there’s always going to be speculation, especially when you do well,’ Sancho said. ‘It’s just how you handle that on the pitch and just keep doing what you’re doing.’ Pressed whether he had spoken to the Manchester United contingent in the squad, he told talkSPORT: ‘Of course, all the boys have a lot of questions, you know. ‘Again, I just tell the boys: ”look, I’m just focused on football at the moment” and we just focus on the Euros, step by step.’ The post Borussia Dortmund reject Manchester United’s opening bid of 67m for Jadon Sancho with the German club demanding 80m appeared first on Linda Ikeji Blog.

No one should become a target for rape over the sexuality, rapists should be...

Lagos LG Poll: Why I dumped APC for PDP – Osolana...