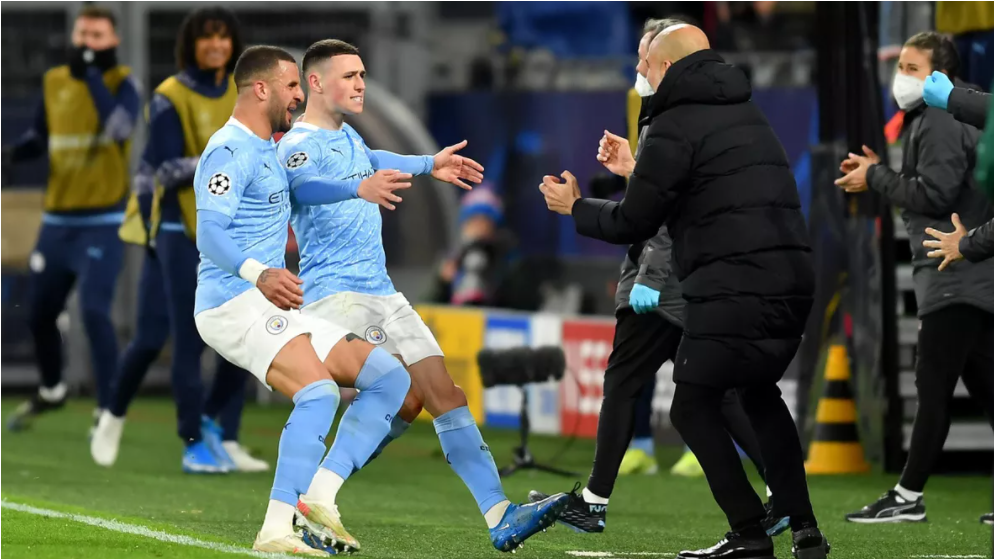 Phil Foden’s stunning strike earned Manchester City a comeback 2-1 win at Borussia Dortmund to book his side a first Champions League semi-final spot in five years after a 4-2 aggregate success on Wednesday night.

He would have had a goal in the first leg had not been for a poor refereeing decision, but 17-year-old starlet Jude Bellingham became the second-youngest goalscorer in knockout Champions League history with a superb finish in the 16th minute to swing the tie in Dortmund’s favour.

There was a serious danger of history repeating itself for City, as they looked to avoid a fourth successive Champions League quarter-final exit, and they got a stroke of luck to see the momentum shift again, as Emre Can handled in the penalty area, with Riyad Mahrez, after a lengthy VAR review, converting the 55th minute penalty to level things up on the night.

Anything Bellingham could do, Foden could do better, as another embryonic English talent settled the contest. The 20-year-old followed up his winner in the first leg with a sensational strike, which snuck in at the near post with 14 minutes left, to book a mouthwatering semi-final clash with Paris Saint-Germain.