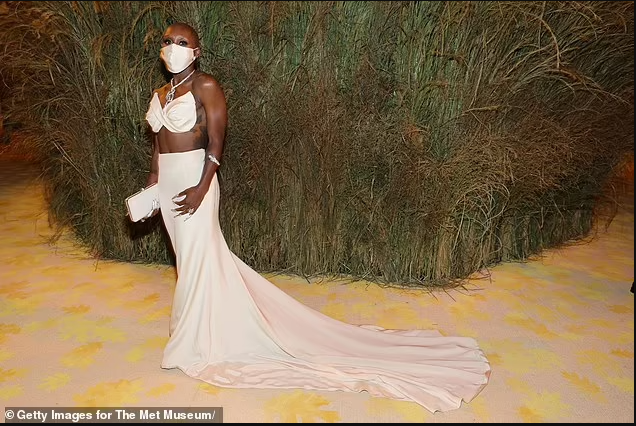 The Widows star, 34, revealed she flew in her regular nail tech into New York City to perfect the striking design. 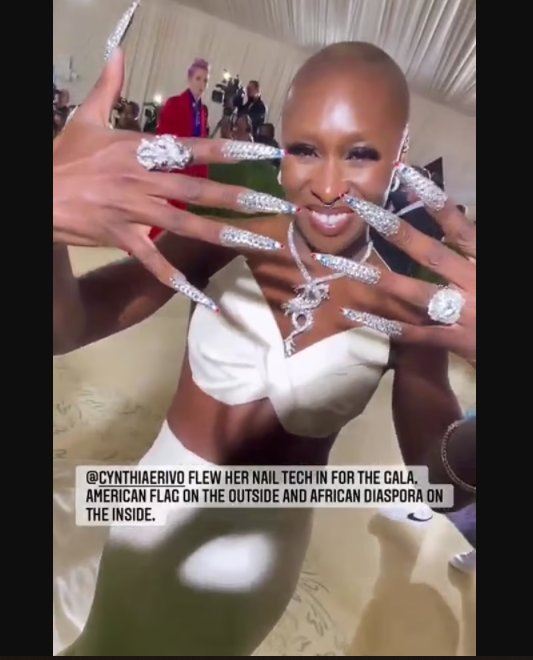 Cynthia’s skimpy outfit featured a high-waisted skirt that hugged her hips and trailed behind her dramatically. 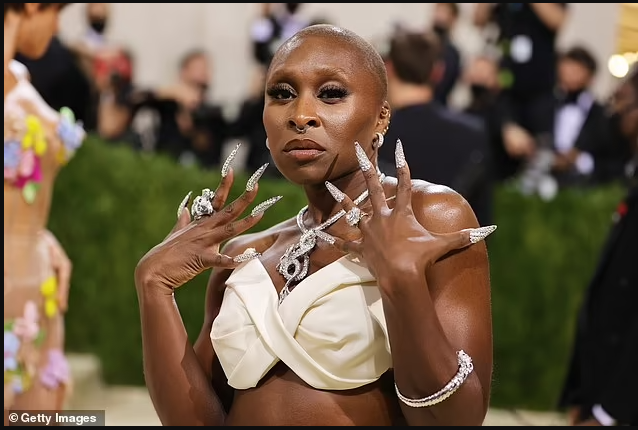 Erivo was born to Nigerian parents in Stockwell, South London. 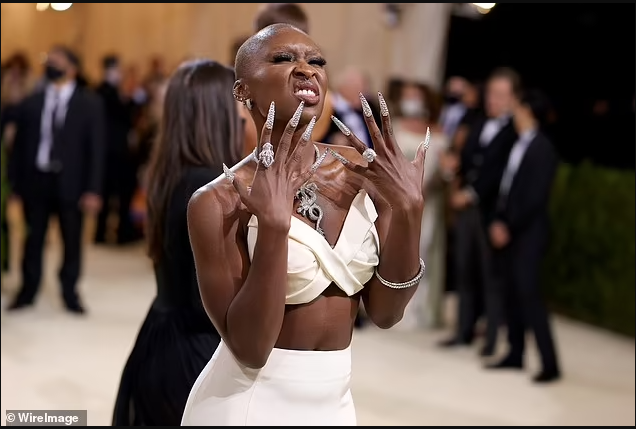 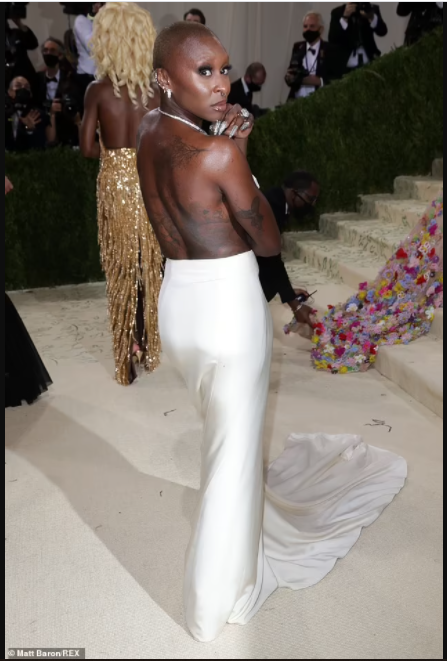 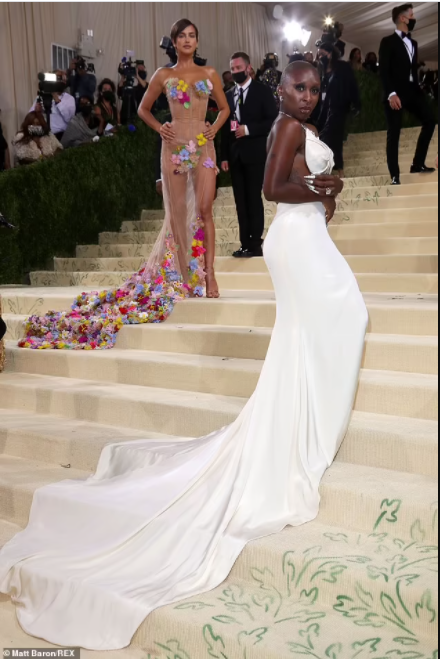 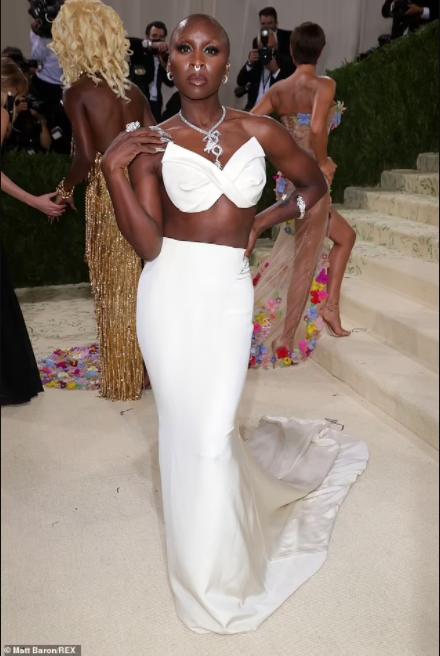