BT Sport has been forced to apologise after showing an offensive banner which was unfurled by Celtic fans during their Champions League clash with Shakhtar Donetsk. The broadcaster accidentally zoomed in on anti-monarchy flag among the Celtic supporters, which said ‘FUCK THE CROWN.’ BT Sport commentator, Rob MacLean, duly offered an apology “to anyone offended.” The game which held Poland due to the ongoing war in Ukraine, finished 1-1. While there was no minute’s silence before the match, both sides did wear black armbands as a mark of respect. 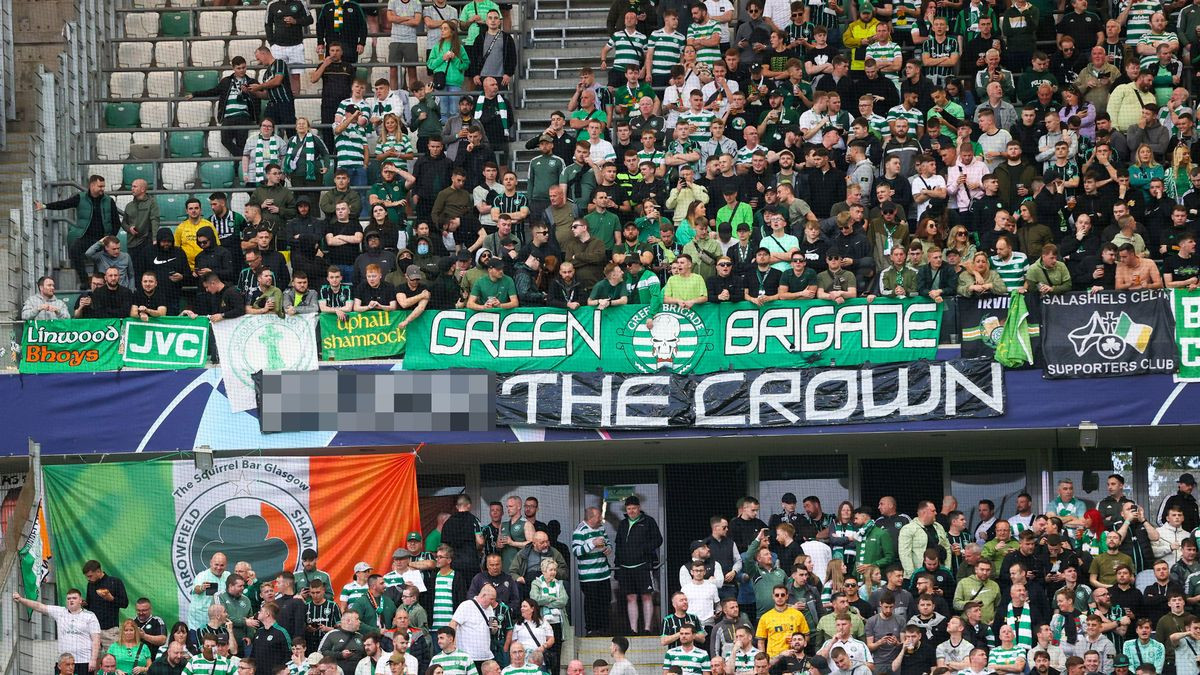 The broadcaster apologised as viewers quickly picked up on the gaff, six days on from the passing of Queen Elizabeth II, who died at Balmoral aged 96 last Thursday. As the tune blared out, another banner was unfurled by Celtic fans reading: ‘Sorry for Your Loss Michael Fagan’. Michael Fagan was the man who infamously gained unauthorised entry to Buckingham Palace in 1982 while the late Queen was sleeping. The Londoner was arrested for the palace break-in and spent three months in a psychiatric facility. Celtic’s Glasgow rivals, Rangers, have a much stronger affiliation with the Royal Family. The Scottish giants even defied UEFA by playing the national anthem ahead of their clash with Napoli at Ibrox. The Queen’s death has been a topic throughout the world and permeated into this week’s Champions League fixtures.The post BT Sport forced to apologise after showing Celtic fans’ ‘F*** the crown’ banner appeared first on Linda Ikeji Blog.
Click to rate this post!
[Total: 0 Average: 0]

Student, 19, arrested for faking cancer to get huge sums in donations

Tuchel: Chelsea May Struggle Against Everton In EPL Opener