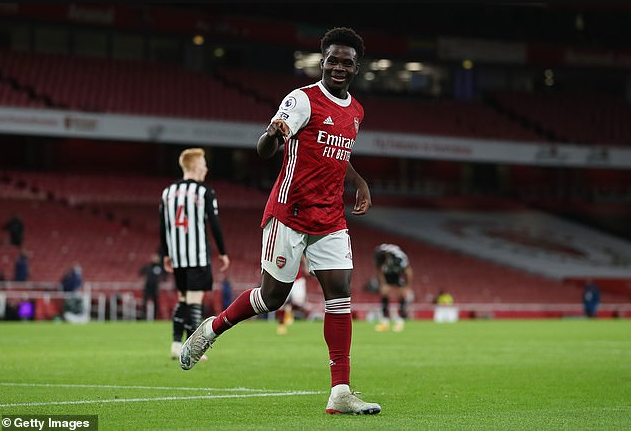 Bukayo Saka has been named Arsenal’s player of the season for the 2020-21 campaign. The 19-year-old, who recently scored his first international goal after being named in England’s Euro 2020 squad, enjoyed a stellar campaign at club level. Speaking after his match-winning goal for England against Austria on Wednesday, Saka said: “Yes, maybe I did when I first came in,” he replied when asked if he felt star-struck being involved with England. “But now I’ve met the lads, I am more familiar with them. Things are much easier and I feel more at home when I come to camp. As reported by Arsenal’s official website, Saka received 51 percent of the vote from the club’s supporters. Nicolas Pepe was second with 15 per cent, while Kieran Tierney was third with 14 per cent.   Saka is also nominated for the PFA’s Young Player of the Season award. The post Bukayo Saka wins Arsenal Player of the Season award appeared first on Linda Ikeji Blog.