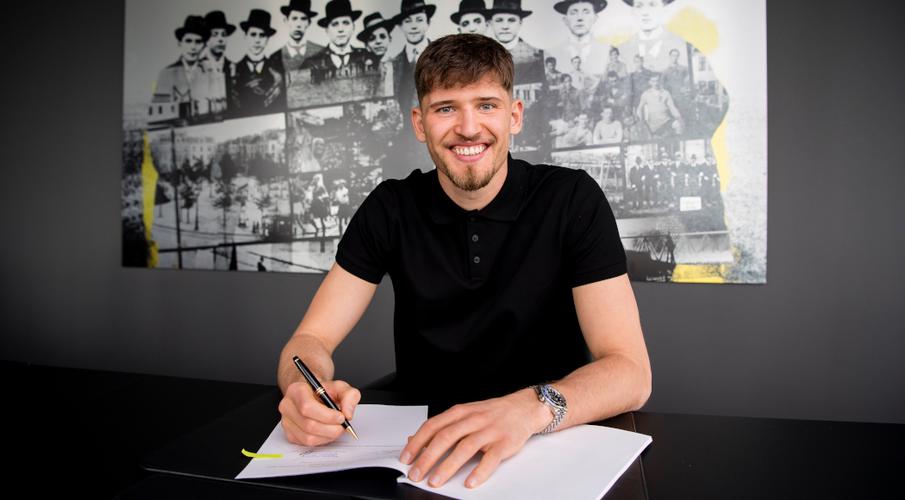 Borussia Dortmund on Monday strengthened their squad for next season by signing goalkeeper Gregor Kobel from Bundesliga rivals Stuttgart.

Dortmund, who finished third in the 2021/22 Bundesliga campaign, have signed Kobel until 2026 having reportedly paid Stuttgart a transfer fee of around €15 million.

Despite being included in the provisional group, the 23-year-old has not been included in the final 26-man Switzerland squad for the forthcoming Euro 2020 finals from 11 June 11 to 11 July.

The 1.95m-tall shot stopper will rival Swiss compatriots Marwin Hitz and Roman Buerki for the goalkeeper shirt at Dortmund, where he is looking forward to playing Champions League football next season.

“Borussia Dortmund is one of the biggest and best known football clubs in the world, which has the ambition to fight for the Bundesliga and German Cup titles each year, as well as play in the Champions League,” said Kobel.

Read Also: Thiago Silva to stay at Chelsea with extension set to be announced

“It will make me proud to run out for Borussia Dortmund and I want to be a part of their future success.”

Stuttgart sports director Sven Mislintat revealed that the sale of Kobel will help boost the club’s finances as their revenue has been badly hit by a lack of home crowds during the Covid-19 pandemic.

Tope Alabi under fire for publicly criticising the song of a...

Hanu Jay Excites Alongside Mayorkun on ‘Insane,’ the First Single Off...