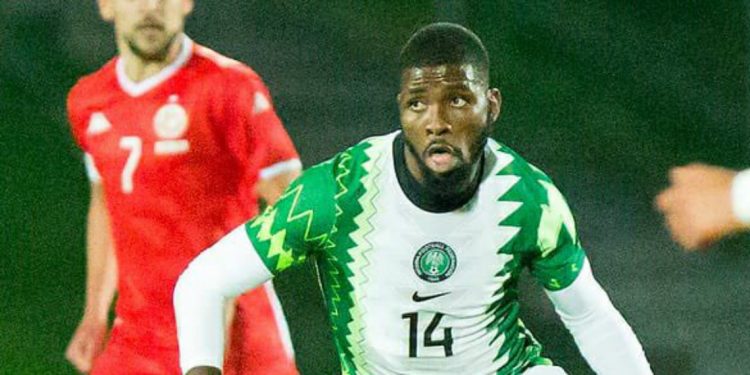 Cameroon’s Indomitable Lions defeated Nigeria’s Super Eagles 1-0 in Friday’s 2022 World Cup warm-up in Austria tonight to make amend some sort after suffering elimination in both the 2018 World Cup and 2019 AFCON.

The two neighbours will clash again on Tuesday night in a second friendly.

Cameroon took the lead on 36 minutes through Fulham midfielder Andre Zambo Anguissa, who latched on to a clearance by captain Ekong, before he shot from distance beyond a diving goalkeeper Maduka Okoye.

The Eagles enjoyed a bright start and twice within minutes Paul Onuachu had two clear chances give the Eagles the lead.

In the fourth minute, the giant Genk striker produced a goal-bound header off a free kick only to be denied by the impressive Cameroon goalkeeper.

Poor finishing denied the Eagles an equaliser in the second half.

In the 57th minute, Moses Simon skied his effort from inside the box after the Cameroon goalkeeper could not hold a powerful shot by Onuachu.

Ekong also tested the reflexes of the outstanding Cameroon shot-stopper in the 63rd minute.

Cameroon, on the other hand, preferred to soak in the pressure and defend their lone goal till the end of hostilities.

Kieran Trippier happy to fly ‘under the radar’ for England

Coco Gauff may pull a surprise after hitting Q/finals at Roland...