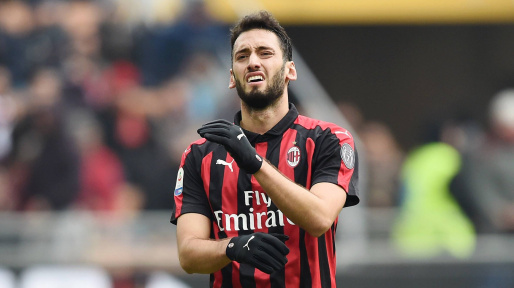 Chelsea are being linked with off contract AC Milan midfielder Hakan Calhanoglu.

Il Milanista says the Blues want to bring the Turkish international to Stamford Bridge when he becomes a free agent in the summer.

The attacking midfielder is reportedly running his contract down with the Italian giants while he waits for an offer that could be attractive to him.

For the Turkish international to be signed, Chelsea need to offer better terms than Milan. Arsenal are also rumoured to be interested in the player.

If the Blues were to sign Calhanoglu, he will add further depth to the creative talent already at the club.