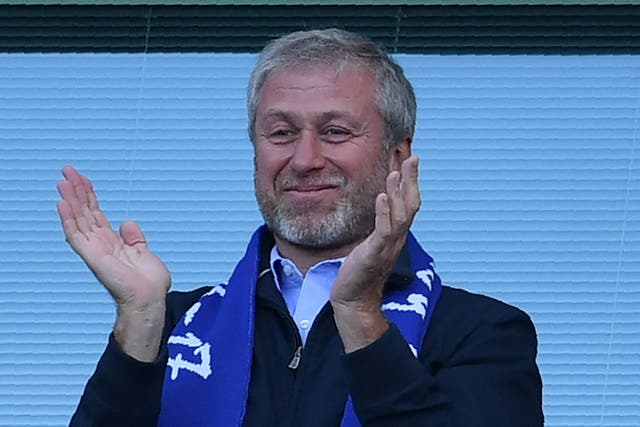 Roman Abramovich is expected to be in Porto for the Champions League Final and a first meeting with Thomas Tuchel.

Chelsea’s Russian owner is hoping to see his club crowned kings of Europe for the second time under his rule when they face Manchester City at the Estadio do Dragao on Saturday night.

And the billionaire has been urged by captain Cesar Azpilicueta to continue his support for the club as they bid to end Pep Guardiola’s domestic dominance.

“He always showed that desire to make the club a winner and to always try to get the best for the club,” said Azpilicueta. “But I don’t want him to stop there because he and everybody in the club do an amazing job off the pitch and I think it is remarkable.

“We are very grateful to have him with us.

“Chelsea always fights for everything and we have to go step by step. It is true that in the Premier League we finished fourth and that is not where we want to be and we always seek to improve every season. Obviously that’s our challenge next season.

“Tomorrow it means a lot just to be European champions – it is a massive achievement. Then we will focus on what is coming next season.”

Abramovich has only rarely watched Chelsea in person since 2018 and the expiration of his UK visa.

But he travelled to the Women’s Champions League Final in Gothenburg earlier this month and was also in the stands as then-manager Frank Lampard’s side beat Krasnodar in Russia in October.

Tuchel has previously revealed he has had no contact with Abramovich since succeeding Lampard in January – but the German could now be in line for his first meeting here in Portugal.

Abramovich, meanwhile, will see if his £220million transfer investment last summer has paid off after concerns over Chelsea’s faltering campaign prompted him to sack club legend Lampard in January.

Tuchel has overseen a remarkable transformation – securing a top-four finish and reaching two finals. But after defeat to Leicester in the FA Cup Final, he needs to beat Premier League champions City to avoid ending up trophyless.

Sri Ram: Najib is the one on trial in 1MDB case, not prosecution witnesses...

Chelsea ‘best team in the world’ after UCL win – Mount