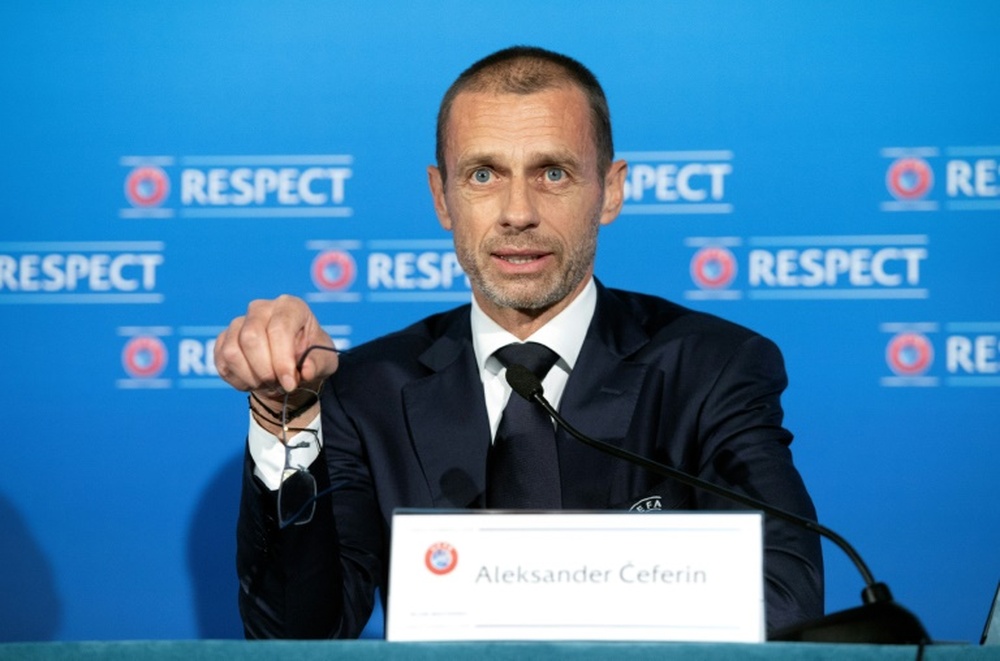 Uefa president Aleksandar Ceferin has fired another warning to the 12 clubs involved in the failed European Super League, with punishments to be discussed next week.

With four of the six English sides still in European competition, expelling Chelsea, Manchester City, Arsenal and Manchester United from the Champions League and Europa League has been suggested.

Ceferin said there remains a “small possibility” of the semi-finals being cancelled, especially Chelsea and Real Madrid’s with the latter having not formally withdrawn from the ESL.

“The key is that this season has already started, so broadcasters would come at us for damages if we don’t play the semi-finals,” he said on Slovenian TV channel 24UR.

“So, there’s a relatively small possibility that this match isn’t played next week. But, things could be a little different in the future.”

Ceferin is furious at the so-called ‘Dirty Dozen’, slamming the “arrogant” clubs as “snakes” and “greedy”,

He continued: “We will see what happens next week. We have a meeting on Friday morning, but if within 24 hours after the congress so much has happened, I expect a lot more to happen by Friday.

Read Also: Kroenke has no plan to sell Arsenal and will foot bill for ESL exit

“Anyone who says he is completely calm in this situation is not telling the truth. The situation is very complicated and not complicated for UEFA. We have on our side 235 of 247 clubs … well, we had them, and now we have 244. They are all with us.

“Yesterday I received text messages of support from practically all clubs in Europe. So now we expect everyone to realise their mistake and suffer the corresponding consequences. We will talk about this next week.”

At least 27 dead in fire at Baghdad hospital for Covid patients, say medical...