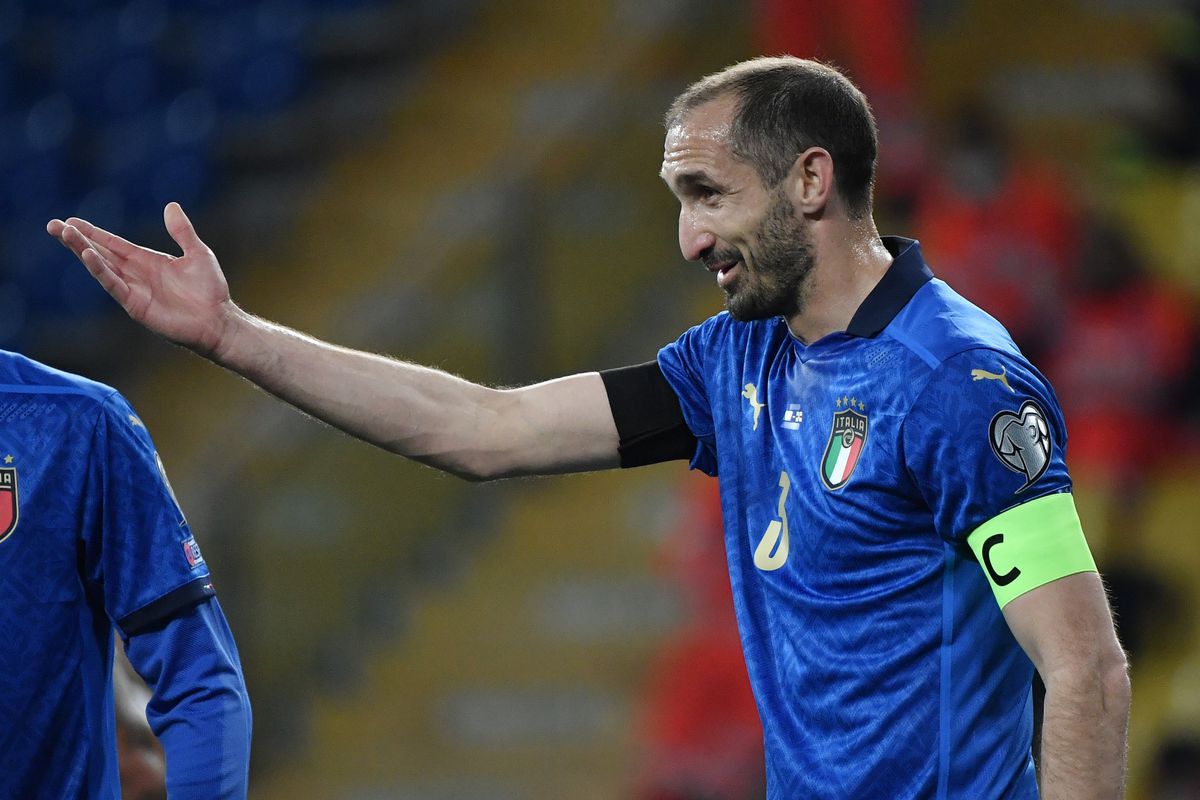 Giorgio Chiellini has spoken out on Italy’s disappointment of missing out on the 2018 World Cup in Russia as they try to make amends at Euro 2020.

The Italy captain has said his team have ‘transformed’ from three years ago and they are ready to compete at this summer’s tournament.

Chiellini spoke at a  press conference ahead of Italy’s clash with Turkey about how the squad and country have turned the disappointment of missing out on Russia into ‘desire and enthusiasm’.

He said: “Sweden in Milan has remained and we will not be able to cancel it, but we have transformed that disappointment into desire and enthusiasm, it is a feeling that the fans also have.

“We are galvanised for the start of the European Championships, we can’t wait to take to the pitch and experience this emotion all together.

“It will be the opening match and it will be even stranger, there are more unknowns and difficulties both for us and for Turkey.

It will be an evening full of emotions, we will live it with the light-heartedness of a group that has a sense of responsibility and a pinch of madness, which in events like this is essential to do something great.”

The Azzuri will also face Switzerland and home nation Wales during their time in Group A.