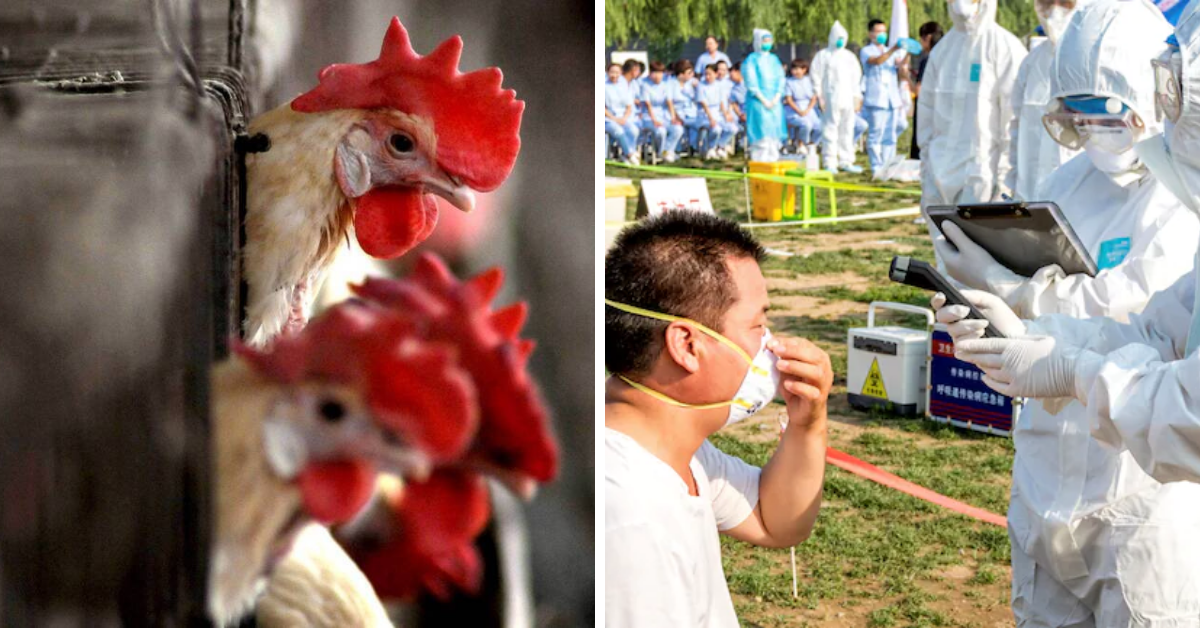 China has reported the first case of human infection with the H10N3 strain of bird flu from the country’s eastern Jiangsu province, China’s National Health Commission said on Tuesday June 1. The man, a 41-year-old resident of the city of Zhenjiang, was hospitalised on April 28 after developing a fever and other symptoms, the NHC said in a statement.The patient was diagnosed as having the H10N3 avian influenza virus on May 28, National Health Commission said in a statement without elaborating on how the man had got infected with the virus.The man was stable and ready to be discharged from hospital. Medical observation of his close contacts had not found any other cases.No other cases of human infection with H10N3 have previously been reported globally, it said.H10N3 is a low pathogenic, or relatively less severe, strain of the virus in poultry and the risk of it spreading on a large scale was very low, the NHC added.The strain is “not a very common virus,” said Filip Claes, regional laboratory coordinator of the Food and Agriculture Organization’s Emergency Centre for Transboundary Animal Diseases at the Regional Office for Asia and the Pacific.Only around 160 isolates of the virus were reported in the 40 years to 2018, mostly in wild birds or waterfowl in Asia and some limited parts of North America, and none had been detected in chickens so far, he added.Analysing the genetic data of the virus will be necessary to determine whether it resembles older viruses or if it is a novel mix of different viruses, Claes said.The post China records worlds first case of human infection with H10N3 bird flu appeared first on Linda Ikeji Blog.

Hushpuppi’s friend, Pac who was arrested with him regains freedom

State of the nation: After 10 hours of marathon meeting, Abdulsalami, others keep mum

Tribal mark model, Adetutu rants about her daughter being given Christian...