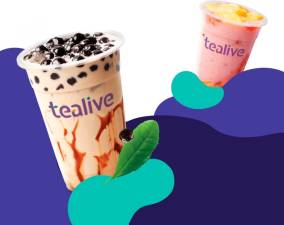 In a joint statement, both companies expressed confidence the strategic partnership would take Loob to the next level, especially given Creador’s track record in aiding in the regional growth of its investee companies.

Creador founder and CEO Brahmal Vasudevan said the firm chose Loob to be its first investment in the fast-growing food & beverage sector as Tealive has grown to be the regional leader with over 650 stores in less than five years.

Brahmal cited Loob’s impressive revenue of RM307 million and net income of RM58 million for FY2020. This translated to a three-year compounded annual growth rate of 56% in revenue and 180% in net income.

Despite the pandemic, Tealive’s multi-format outlets, which include shoplots as well as outlets in malls and petrol kiosks, and its omnichannel offerings via food delivery platforms have helped it maintain a stellar performance, he said.

He added that this investment, through Uttama Limited (an affiliate of Creador IV LP), would enable Creador to participate in the growth story of Tealive which was already present in eight countries.

“The made-to-order tea market in Malaysia has been growing over 20% in the last few years and beverage chain per million population remains underpenetrated when compared with peers in the region and developed countries,” he added.

Loob Holding founder and CEO Bryan Loo welcomed Creador as a strategic investor and partner, adding that the timing could not be better with Tealive’s plan to hit the 1,000th store milestone in Malaysia in the next three years.

“We celebrated our 600th store in Malaysia opening last month and we plan to open 100-150 stores each year moving forward. We will continue to focus on our digital strategy and prioritising customer convenience including various cashless and contactless ordering channels,” he said.

Loob is Creador’s 39th investment since inception in 2011. Nomura acted as the financial adviser on this transaction.