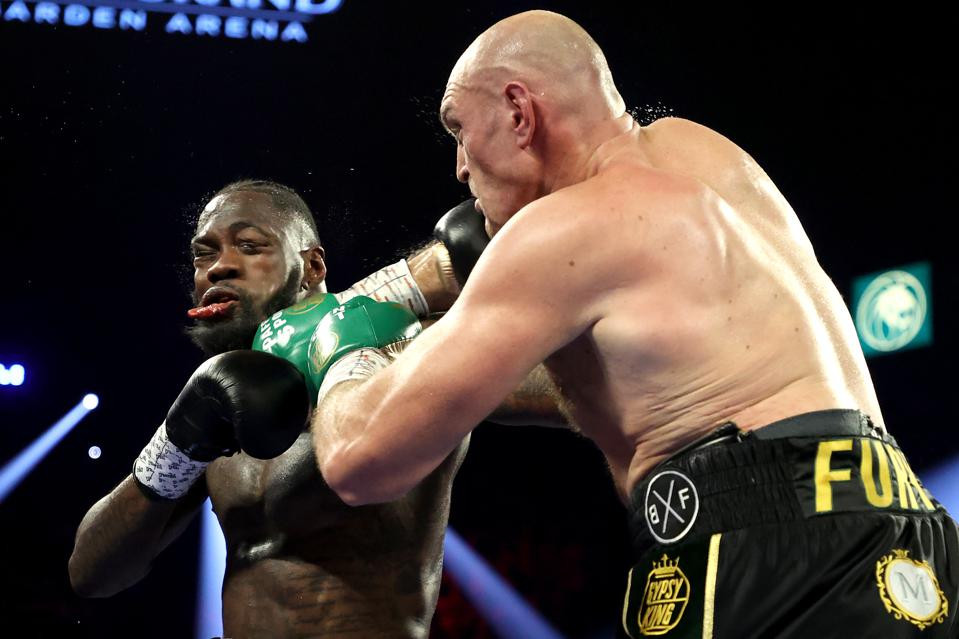 Deontay Wilder has vowed to “decapitate” Tyson Fury when they fight for the third time.  The Gypsy King was set to take on Anthony Joshua in their undisputed heavyweight title fight on August 14 in Saudi Arabia, before an arbitration case by Wilder ordered a trilogy between himself and Tyson Fury. A judge ruled that Fury must go through with his contracted trilogy fight with Deontay Wilder by September 2021. Recall Fury and Wilder signed a two-fight deal to meet again twice in 2020 after their first fight in 2018, which ended in a draw. The Brit defeated the American to take his WBC heavyweight title in February 2020 and Wilder then activated his clause to force a trilogy contest.  The trilogy fight has now been set for July 24.  Bronze Bomber’ said he is aiming to make no mistake this time around. Speaking to 78 Sports TV, Wilder issued a chilling threat to Fury and warned he will “decapitate” him. “Y’all don’t wanna miss this one. My mindset is just so different right now,” he said. “Even right now, I don’t even feel like I’m here. “My mentality is – you’ve been contemplating about hurting a person so bad, to the point you wanna disfigure him so his mother wouldn’t even know who he was. “When you’ve had your mind on that, like you wanna decapitate him in every f*****g way possible, it’s like that premeditated stuff. “When I do see him, I’m gonna love to see what I feel and what I’m thinking, how my senses change when he’s in my environment. I’ve been contemplating, premeditating whooping this man. “Now that we have a date, like training has been even more intense. “Those other camps, although they were intense, we had no guidance, no ETA, we just knew we wanted to stay in shape… Now it means something now. It’s for certain now. “There’s nowhere to run, nowhere to hide, you got to go through me. The hardest puncher in the heavyweight division, probably in history, and I’m going to continue to do that.” The post Deontay Wilder vows to “decapitate” Tyson Fury as he sends warning to him ahead of their trilogy fight appeared first on Linda Ikeji Blog.

Episode 12 of “Sol Family” Season 2 takes us through Sauti Sol’s Trip to...

Buhari traveled to Ghana to discuss with ECOWAS leaders on how...