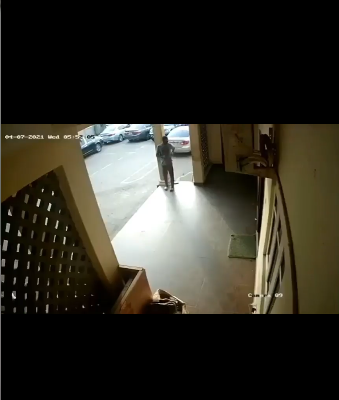 Crowd gather to watch 3 people clad in only red wrapper...