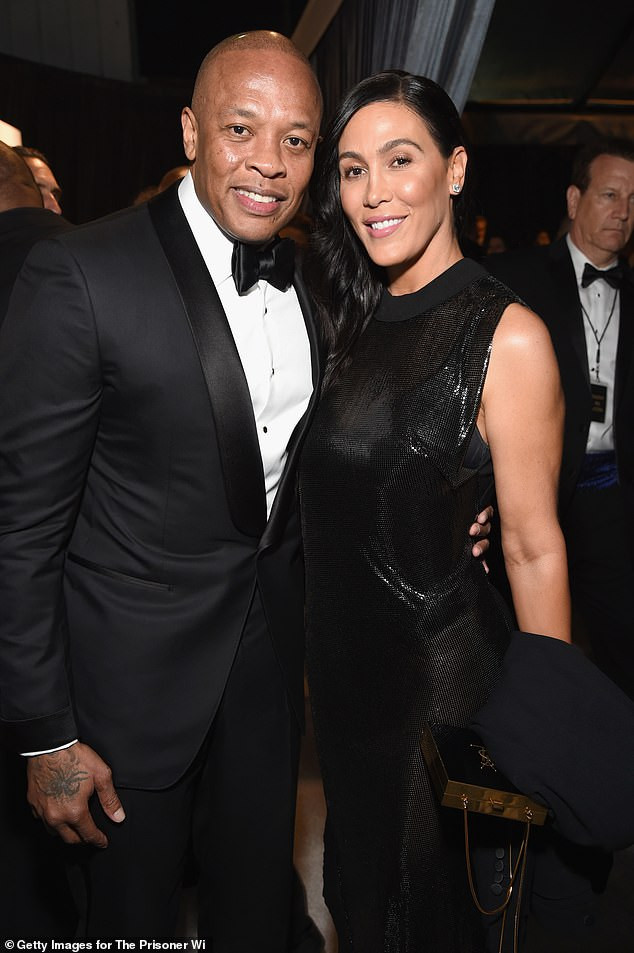 Hip hop mogul, Dr. Dre has reportedly agreed to pay his estranged wife Nicole Young $2 million in temporary spousal support amid their ongoing divorce battle.The music producer, 55, who is currently recovering in the hospital after suffering an aneurysm earlier this week, signed the deal from his bed at Cedars Sinai Hospital, according to TMZ. Young was initially seeking $2 million monthly and another $5 million in legal fees, but her estranged husband will not be paying the legal fees.  The report also said the amount Dre agreed to pay his ex is a one-time fee, which might later change depending on their upcoming court hearing in April 2021.   It was also reported that Dre will also continue to pay for the Malibu and Pacific Palisades homes where Young and her mother live for the next few months on top of the millions he’s already agreed to pay. Currently, Dre has been paying Young $293,306 a month in temporary support.  The couple’s union hit the rocks after Young filed for divorce from The Next Episode artist earlier this summer after 24 years of marriage, and two children – son Truice Young, 24, and daughter Truly Young, 20.  The new development comes days after Dre was admitted to the ICU this past week after suffering a brain aneurysm. He later updated fans on his health and revealed he would be leaving the hospital soon. ‘Thanks to my family, friends and fans for their interest and well wishes. I’m doing great and getting excellent care from my medical team. I will be out of the hospital and back home soon. Shout out to all the great medical professionals at Cedars. One Love!!’, he posted on Instagram. The post Dr. Dre ‘agrees to pay $2M temporary spousal support’ to estranged wife Nicole Young; ‘signs deal from his hospital bed’ while recovering after brain aneurysm appeared first on Linda Ikeji Blog.

How Casinos Are Changing Sports Through The Years

13 Spring Outfits to Try the Very Second It’s Too Warm...

Nigerian doctor suspended for beating his 10-year-old son with broom in...