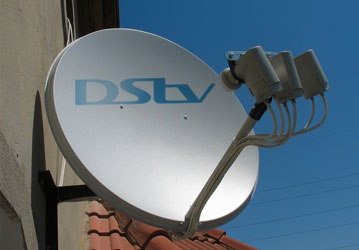 The yearning of Nigerians to have a pay-as-you-go based digital satellite television would soon be met as a law to address the need is underway in the House of Representatives.

Specifically, the House is amending the Act establishing the National Broadcasting Commission, NBC to make a provision for the service.

A competent source from the House, Friday, urged Nigerians to be patient with the parliament which he said, would soon tidy up all loose ends and send the bill to the Senate for concurrence and later to the presidency for presidential assent.

The source explained that the delay so far emanated from the lacuna in the NBC act which did not make the provision.

“NBC does not have the power to fix price for them (operators). With this bill, the pay-as-you-go can be implemented.

“It is a gap that we found in the law, but now we are going to fix it. We will do it. We will fix pay as you go that Nigerians have been yearning for”, the source said.

Similarly, the deputy chairman, House Committee on Communication, Hon. Unyime Idem said that the passage of the bill to second reading has elicited hope that the broadcast industry would soon be strengthened for effective service delivery.

Idem who is one of the sponsors of the broadcasting commission amendment bill alongside Honourables Odebunmi Olusegun and Hon Dachung Musa Bagos spoke to Journalists at a press conference in Abuja on Friday.

The lawmaker who represents Ukanafun/Oruk Anam Federal Constituency of Akwa Ibom State, said when passed into law, the bill will also give NBC the power to fix prices for digital television.

He added that the Bill would also break the monopoly in the broadcasting sub-sector and create more employment opportunities for Nigerians.

“The current House based on the past antecedents, based on the records that they have achieved so far, I know that now the Bill has been referred to the Committee for them to do the final work on it. It would not take much time. It is going to come back for the third reading, which I believe we are still going to pass and send for concurrence in the Senate and after that, we are going to expect presidential assent.

“I want to assure Nigerians that after the passage of this Bill, the issue of price increment that happens without the control of the regulator, that happens when Nigerians are not expecting, that happens even when the product is not consumed, it is going to be a thing of the past. I want Nigerians to be happy, patient and hopeful that in a short time, these issues are going to be addressed.

“Apart from the tariff, another thing the Bill is seeking to address is the issue of monopoly. For me, the broadcasting industry in Nigeria is supposed to be one of the sub-sectors that has a lot of potential in terms of employment and creativity, but because of the way it is being regulated today, because of the way it is being managed today, all those expectations, and all those potentials cannot really be achieved.

“So when this Bill is passed into law, it would also give the NBC the powers to open up the sub-sector so that more players can be brought on board. We need to broaden the system so that both local and international investors can come in and open up the system where we can have varieties.

“You can see what is obtainable today in the telecom industry. Today it is a sector that is so liberal and everybody would want to go in because it is a free market. So that is what we are looking at in the broadcasting industry. Very soon by the time, it is passed, it is going to be a free market where everybody has a level playing ground.

“Right now, there are a lot of investors that want to come in but the monopoly that is rocking that particular sub-sector cannot accommodate new entrants into the system. So that is one thing the Bill is also seeking to address. So that apart from giving Nigerians benefit for the money they pay, it would also add to the employment issue that Nigerians are yearning for. It is going to create a lot of employment,” he said.

Speaking on why the operating licence would not be issued to religious organizations and political parties, Idem said that allowing them to operate in the industry will create a conflict of interest.

“Well, even when we say that the market is a free one, you still need to go through some regulatory requirements for you to be brought on board. If you don’t put it like that, it may lead to a situation where the operators are going to lose control over the sector. That’s why you see those clauses in the bill. But when I talk about the free market, you are looking at a situation where even a new entrant into the system can still enjoy the same privilege as an operator that has been in the system for 10 years. That’s what we are looking at.

“For example, as I am now, my loyalty is tilted towards my employer which is the federal government. I won’t be allowed to do all kinds of businesses available in this country by virtue of my status. It is the same thing with somebodies. There are some bodies in Nigeria that cannot allow to do all the businesses. For instance, political parties. You know, they are like an association. They can’t take part in all the businesses so that there won’t be a conflict of interest. When we talk about the free-market economy, we are talking about companies that are qualified. Let there a level playing ground so that they can participate so there won’t be any bottlenecks, bar them from taking part”, Idem said.

Bears resurface on NGX, indices down by 0.03%