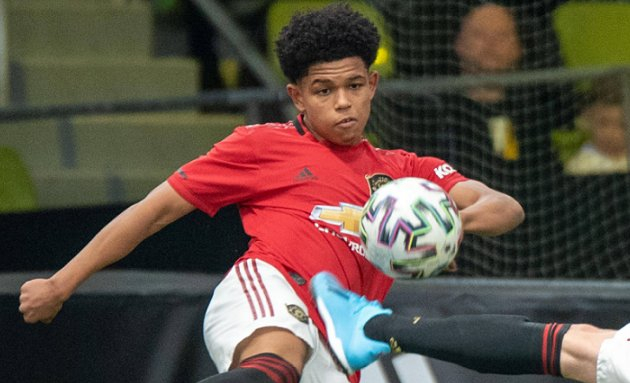 Manchester United U23 won their final away game of the Premier League 2 season 6-2 against Derby County.

Anthony Elanga and Shola Shoretire both scored doubles as Neil Wood’s side moved up to fifth place in the Division One table, following a goal blitz at the Loughborough University Stadium on Monday evening.

The victory transformed the team’s goal difference from a three-goal negative total of 51-54, before the game, to a much better-looking 57-56 at the final whistle.

Ethan Galbraith also struck, as did Omari Forsan on his U23 debut.

Forson marked his full debut with a confident finish after the 16-year-old was played through by Shoretire.

Can a girl just get some good ‘D’ with no complications? – Toke Makinwa...

George Bush says he was ‘shocked’ by people’s reaction to his friendship with Michelle...

Coutinho Set To Become Teammate With Iwobi At Everton