Kevin De Bruyne has tipped Phil Foden to reach new heights once the Manchester City star is allowed to take a leading role later in his career.

Foden hit a hat-trick in City’s 6-3 rout of arch rivals Manchester United in the Premier League on Sunday.

The England forward’s goal-scoring feats at the Etihad Stadium were only part of an outstanding all-round display that underlined his emergence as one of City’s key players.

With Erling Haaland also scoring a treble in the Manchester derby to maintain his blistering form, City’s firepower looks even more formidable than last season.

But City midfielder De Bruyne says the best is still to come from Foden, who currently plays on the flanks for Pep Guardiola’s team.

The Belgian believes the 22-year-old will flourish as he matures and becomes the focal point of City’s creativity – a role currently held by De Bruyne.

“He’s so good, so it’s trying to find consistency. He’s been playing unbelievably for us so he will be here for a long time.”

De Bruyne feels Foden is talented enough to play in a number of positions and expects him to play more centrally as his career progresses. 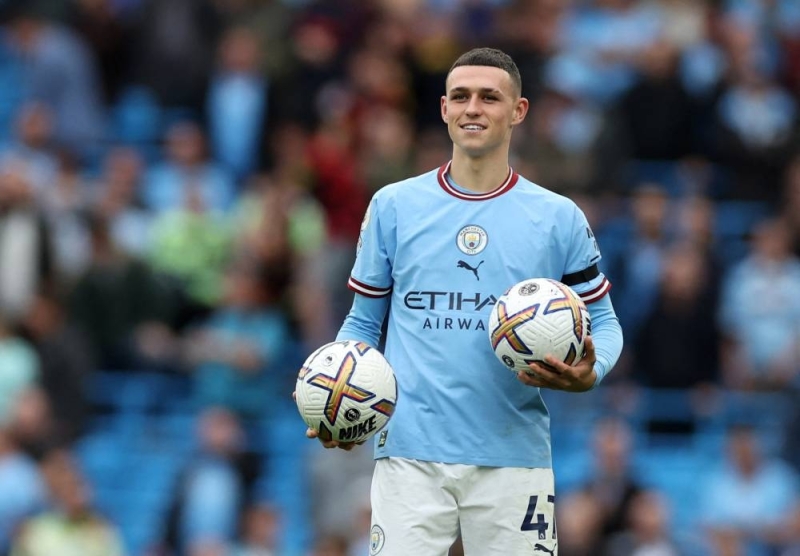 Read Also: UCL: Inter and Inzaghi at crossroads ahead of Barca clash

“What is he not good at? He can play in a lot of different positions,” he said.

“I think eventually he will end up playing centrally but in this moment in time it is maybe a little bit better for him on the wing to have more freedom and fewer instructions so he flows into the game.

“I eventually see him playing more centrally when he gets older and gets more stamina. It’s all about little details to just find more consistency in the performances.”

I was not part of the decision to sack Rohr – Eguavoen

Oil dives 3% after reports of big builds in US crude,...