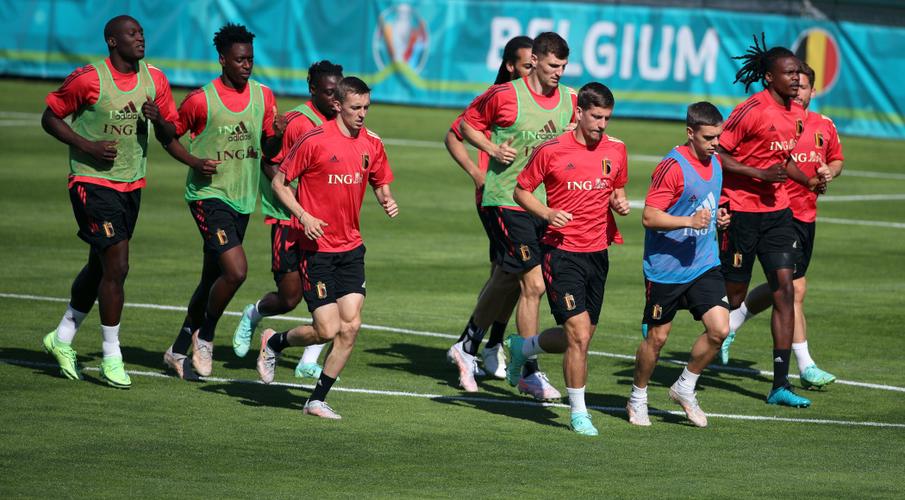 Romping through the European Championship qualifiers, Belgium looked every bit the top-ranked team in world football and strong contenders for their first major tournament title.

But some 18 months on, while they still top the Fifa rankings, expectations for the finals have been cooled by a series of injuries to key members of the team.

When they play Russia in their opening Group B game in St Petersburg on Saturday, Belgium will likely be without Kevin De Bruyne and Axel Witsel and have captain Eden Hazard only on the bench.

De Bruyne suffered a double facial fracture in last month’s Champions League final, Witsel is still making his way back from Achilles tendon surgery, and Hazard is not fully fit after an injury-plagued season at Real Madrid, although he is much further along in being ready than the other two.

The absence of such a quality trio, essentially the heartbeat of the team, would be fatal to most. But Belgium’s considerable resources means it is an opportunity for Youri Tielemans to step up into a leading role, just one month after his FA Cup final heroics.

“An intelligent playmaker who allows us to expand our attack but who is also very clever defensively. He lives up to all our expectations,” said Belgium coach Roberto Martinez of the 24-year-old from Leicester City.

Up front, Romelu Lukaku comes into the tournament on the back of a leading role in Inter Milan’s Serie A success and confirmed his form by extending his scoring record for Belgium to 60 goals with the winner in Sunday’s friendly against Croatia.

One of those 60 came in November 2019 when Belgium were last in St Petersburg, thumping their Russian hosts 4-1 to ensure a 100% finish to their qualifying campaign.

Russia qualified a distant second, six points behind in the group, and Saturday’s home advantage seems irrelevant given how comprehensively Belgium picked them apart previously.

“Yes, their team is strong, but we will make every effort to play well against them,” conceded Anton Shunin, who has the difficult task of filling the void in the Russian team left by talismanic goalkeeper Igor Akinfeev.

Russia will need their 6ft 6in striker Artyom Dzyuba to prove disruptive, with the assistance of Denis Cheryshev and Alexander Golovin, if they are to stand any chance.

But their best chance of success could be a five-man defence set out to frustrate their guests. That was how they forced a draw with Spain in the last 16 at the World Cup in 2018, which allowed them to reach the quarter-finals via a penalty shootout.

Hanu Jay Excites Alongside Mayorkun on ‘Insane,’ the First Single Off His Forthcoming EP