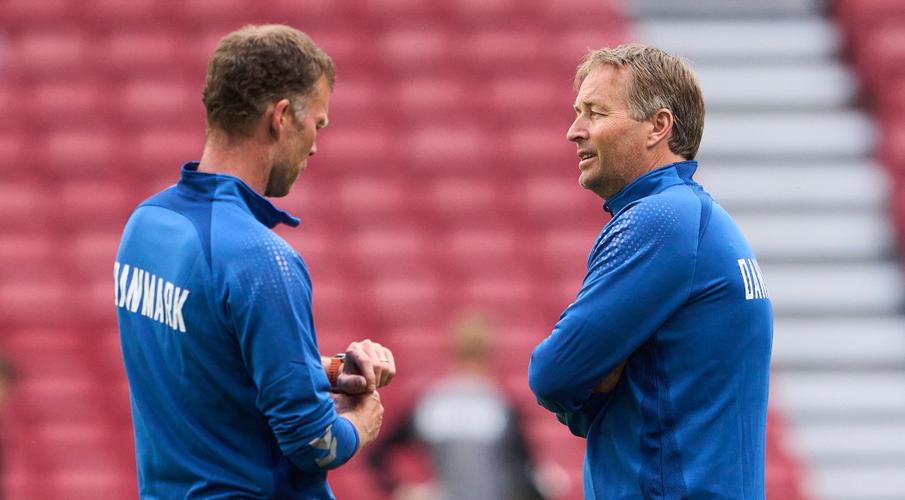 Kasper Hjulmand said on Friday that his Denmark team will “dream big” as they prepare for their Euro 2020 opener against Finland with one eye on a repeat of their unexpected triumph in 1992.

A talented Danish side begin their campaign at the Parken Stadium in Copenhagen on Saturday evening, nearly three decades after winning their one major honour in a tournament in which they only took part because of the break-up of Yugoslavia.

Coach Hjulmand, 49, was not fazed when asked whether he thought his team could go all the way.

“We are comfortable and we believe in ourselves,” Hjulmand told reporters.

“We do dare to dream big but we also know that there are bigger countries out there with better opportunities to win it all. So our first aim is to progress from the group and then everything can happen.

Denmark will be spurred on by 16 000 of their own fans against Finland. For the following two matches against Belgium and Russia at the Parken that number could rise to 25 000 as the Scandinavian country relaxes coronavirus restrictions.

On Thursday, the Danish government announced that face masks would no longer be required from June 14, except on public transport.

‘THE MORE NOISE THE BETTER’

Denmark has been relatively spared from the pandemic, and as of Thursday it had just 122 Covid patients in hospital, the lowest number since October.

“The more noise the better. It’s something that has to give us some advantage,” said Hjulmand.

“It’s really good news and the players have been so happy about it. We’re looking forward to having even more people at the stadium. Hopefully it will give us a bigger boost. So, the more noise and the more partying, the better it is for us.”

Key to Denmark’s success will be playmaker Christian Eriksen, who comes into the Euro after a turbulent season at Inter Milan when he won last season’s Serie A title but also spent long periods out of departed coach Antonio Conte’s team.

“I’m not looking backwards, I’m looking forwards to this tournament and to playing in the Euros.

“How things are seen from the outside and I feel about them may be completely different. If it (the Euro) had been seven months ago I would have still been very confident going into the tournament.”

Finland forward Teemu Pukki said that he was ready to fire Finland forward in their first ever match in a major tournament after shaking off an ankle injury he picked up at the end of the Championship season with his club Norwich City.

“I’ve been training normally for the last week and a half. I also played 30 minutes in the last preparation game and I haven’t had any issues with the ankle,” said Pukki, who has scored 30 goals for his country.

“I feel in normal shape and I’m ready to play as much as the coach will allow me.”

Finland qualified for the Euro alongside Italy but are the second-lowest ranked team in the tournament and will have a battle to make it out of a group which contains two strong teams in Saturday’s opponents and Belgium.

“The whole Finnish football has been waiting for this moment for a long time, and making our way here has already given us plenty of motivation for tomorrow,” Pukki added.

The post Euro 2020: Denmark will ‘dare to dream’ of ’92 repeat – Hjulmand appeared first on Sporting Life.

Dembele To Be Sidelined For Three Months

Are you still missing Twitter? or you’re now on TwitterNG.com