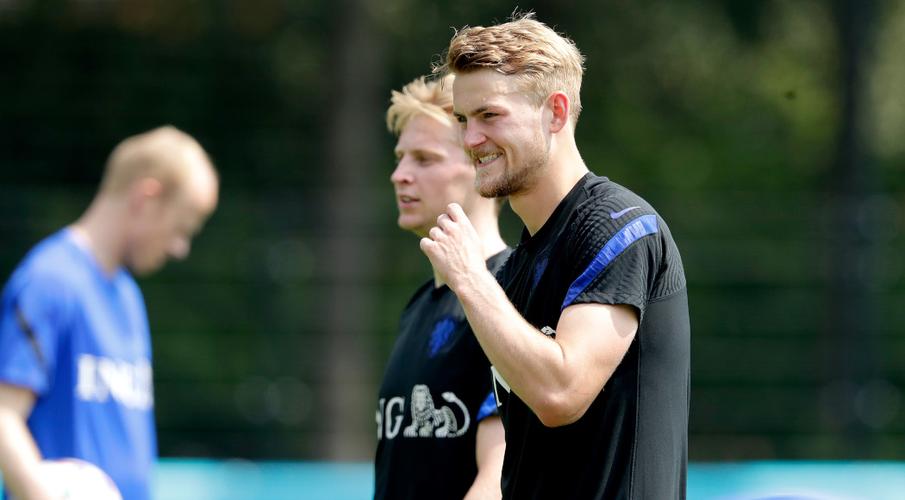 Frenkie de Jong might have played in an energy-sapping 51 games for Barcelona over the last season but the Netherlands midfielder says he is raring to go for the European Championship.

The 24-year-old was a key player for his club over the last nine months, featuring in all but one of their LaLiga fixtures, plus playing another seven domestic cup matches and seven more in the Champions League.

However, he said fatigue is not an issue as he now looks ahead to Euro 2020 with the Dutch national team, whose first Group C game is against Ukraine in Amsterdam on Sunday.

“I don’t think it is too many matches, physically I feel really good and I think that is really something that is mental. If a lot of people keep on about how games you’ve played and how tired you must be, it has the danger of sitting in your head but for me that is not an issue,” he told a news conference on Friday.

De Jong also shrugged off high expectations after an impressive season at Barcelona and the hope he will carry his club form into the Euros.

“My only expectations are that I’ll play good games and that the team will win, but otherwise it is difficult for me to say what it is that I want to achieve on a personal level,” he said.

“In the end, this tournament is about the team. I’m going to try and play as best I can and then we’ll see where we are after that.”

De Jong was reluctant, however, to offer any predictions about the potential of the Dutch side, back at a major tournament after missing the last Euros in France and the 2018 World Cup in Russia.

“The sentiment in the squad is really good, there is a lot of confidence. Our tactics are clear and I think we’ve made good progress in that direction,” he said.

“But what will eventually happen is difficult to predict. I think we must just make sure we win the first game on Sunday and see where we go from there.”

Confusion in AFN as Okowa emerges winner of faction body

Watch Wizkid Play with His Crew in Private Jet