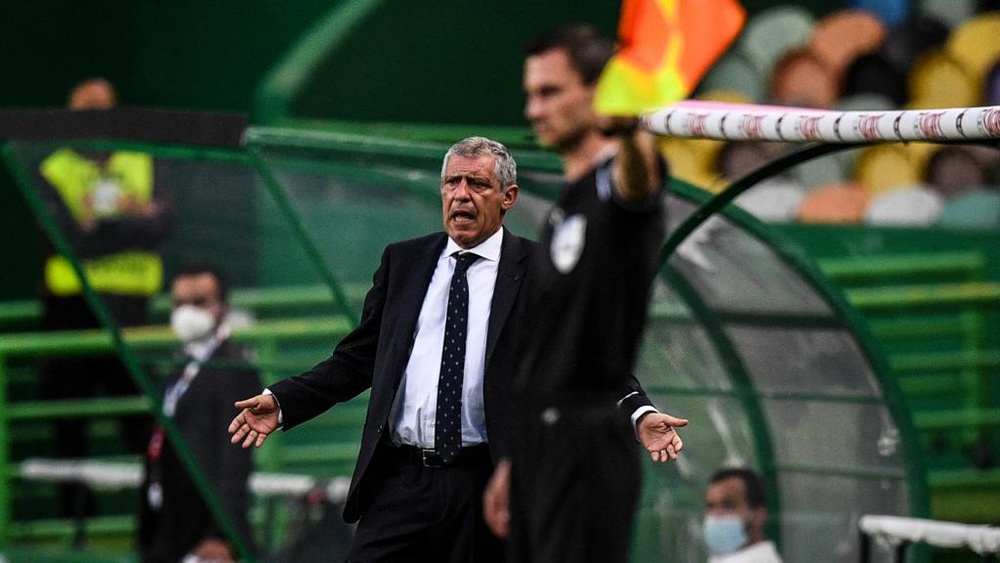 Portugal boss Fernando Santos insisted his side have “many things to improve” despite securing a 4-0 win over Israel in their final pre-Euros warm-up game.

Bruno Fernandes got on the scoresheet either side of Cristiano Ronaldo and Joao Cancelo strikes as the defending champions prepared for this summer’s tournament with an emphatic win.

But, speaking after full-time, Santos shared concerns over elements of the performance, including a lull during the first half.

“The first part, not being extraordinary, was good,” he told RTP.

“We did very well in the first 20 minutes, with great intensity in the various moments of play, circulating the ball well and looking for the flanks.

“Then we had a quarter of an hour with less [urgency], but we accelerated towards the end and ended up scoring two goals.”

The 66-year-old went on to reveal that he tried out a new tactical approach in the second period at Jose Alvalade Stadium.

But, while he didn’t feel that his changes worked particularly well, the veteran boss struck a positive note ahead of Portugal’s defence of their title starting against Hungary next Tuesday.

He added: “In the second I changed things a little, I tried to put one more man next to Ronaldo and two midfielders coming in from the inside, but it didn’t work.

“We started to miss a lot of passes and the ball circulation was not so good. There are many things to improve, certainly.

“Now let’s rest and calmly prepare for the Euros. This team has a huge will and an excellent team spirit.”

The post Euro 2020: Portugal have many things to improve – Fernando Santos appeared first on Sporting Life.

Euro 2020: Why Poland Must Be Aggressive -Sousa Insists Ahead Of Today’s Clash Against Spain