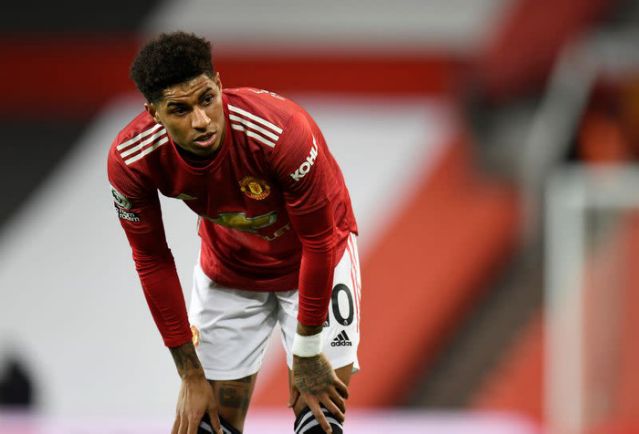 Marcus Rashford was substituted during the second half of Man Utd’s 2-1 win over Brighton on Sunday; Rashford has been injured multiple times in the past year but Ole Gunnar Solskjaer says he will not “overplay” the forward.

The 23-year-old was taken off in the second half of Sunday’s 2-1 comeback win over Brighton after being caught during a tackle.

However, the England international trained on Wednesday and has been named in Solskjaer’s 24-man squad to face Granada on Thursday.

Speaking at a press conference, United boss Solskjaer said: “Marcus is travelling and we’ve just got to make a decision tomorrow if he starts or is on the bench.

Actor, Kanayo O. Kanayo shares photos of his children as he celebrates them on...

Conte: ‘Scudetto too important for aesthetics’