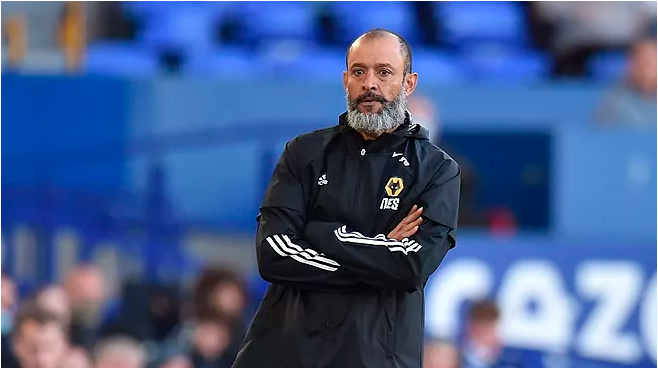 Everton have parted ways with Carlo Ancelotti, who has returned to Real Madrid, but they may have already found his replacement in Nuno Espirito Santo.

The Portuguese coach announced his departure from Wolverhampton Wanderers by mutual consent and is reportedly the main candidate to take charge at the Toffees.

BREAKING: Everton set to try for Nuno Espírito Santo as their next manager.

Carlo Ancelotti is on the cusp of being confirmed as the Real Madrid manager.

Read Also: JUST-IN: Ancelotti confirmed as new Real Madrid manager
According to both the Sun and talkSPORT, Everton are considering Nuno as a potential replacement for Ancelotti, while journalist Fabrizio Romano has revealed that Wolves are in talks to bring in former Benfica boss Bruno Lage.

Nuno led Wolves to Premier League promotion before achieving two successive seventh-placed finishes, while they also reached the semi-finals of the FA Cup in 2018/19.