Experts are warning that far-right extremists are calling for more violence ahead of Joe Biden’s inauguration. This warning comes in the aftermath of the riot on the US Capitol after Trump supporters broke in and unleashed chaos. The attack on the Capitol building on Wednesday, Jan 6, led to the deaths of five people. It ultimately resulted in US President Donald Trump being banned from Facebook and Twitter as the creators of the platforms accused him of using his accounts to incite violence. But Trump supporters are not backing down and they have taken to various platforms to threaten violence. The threat of violence got so bad that Google had to remove Parler app from the official Play Store after Parler users used the platform to plan acts of violence against law enforcement members and for the upcoming Biden inauguration ceremony. 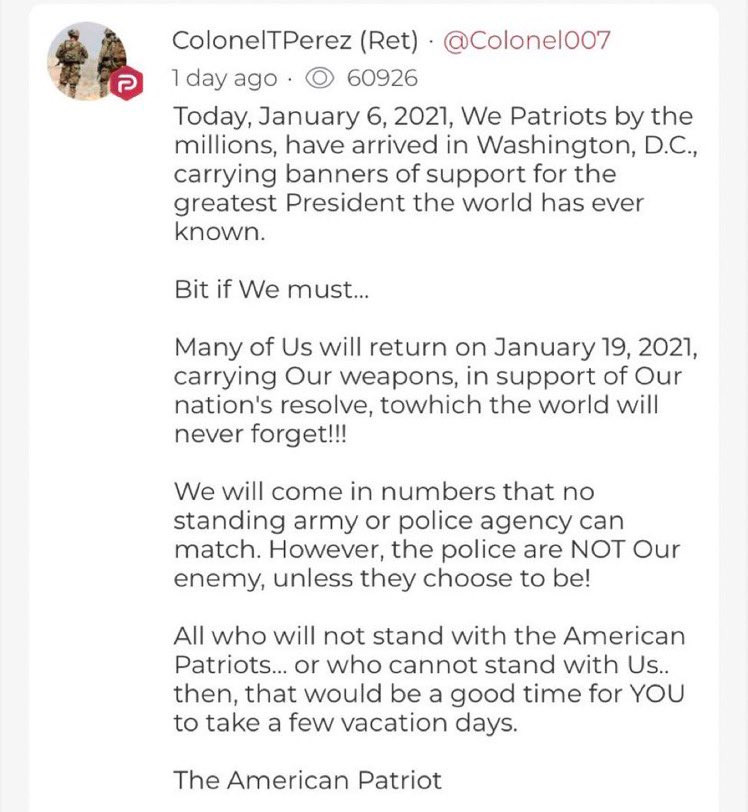 Experts warn that these extremists may feel even more emboldened as Joe Biden is set to be sworn in as president during inauguration on January 20. “We are seeing … chatter from these white supremacists, from these far-right extremists. They feel emboldened in this moment,” Jonathan Greenblatt, CEO of the Anti-Defamation League, told CNN. “We fully expect that this violence could actually get worse before it gets better.” Several Trump supporters have pledged on sites like Parler to show up on Inauguration Day to again attack the nation’s Capitol. “Many of us will return on January 19, 2021 carrying Our weapons,” wrote a Parler user who goes by the handle Colonel007. “We will come in numbers that no standing army or police agency can match.” Another took to pro-Trump forum, thedonald.win, to insist that Trump will still be sworn in on January 20. “We must not let the communists win,” the user wrote on Thursday, a day after the attempted coup. “Even if we have to burn DC to the ground. Tomorrow we take back DC and take back our country.” The fact that the extremists were able to get past Capitol Police and into the Capitol building as Congress was certifying the results of the presidential election has raised concerns about how secure inauguration will be. The post Far-right extremists call for more violence ahead of inauguration appeared first on Linda Ikeji Blog.

Nigerian man cries out after his cousin was allegedly killed by men of the Lagos state task force while chasing a commercial bus driver...

Eloho Omame & Odunayo Eweniyi are on a Mission to Help Women Invest in...

Determined Whitney Osuigwe good to go at the Aussie Open