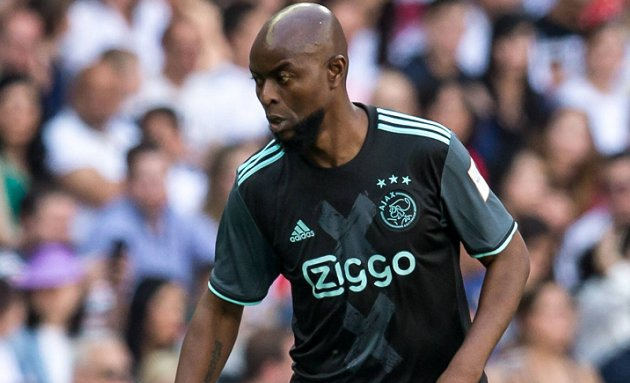 Nigeria legend, Finidi George, has opened up about his relationship with Louis van Gaal and subsequent exit from Ajax.

A prominent player for the Super Eagles, the talented winger started in the final win over AC Milan in 1995.

But after losing to Juventus in the same final the following year, George moved on to Real Betis in what as considered a surprising move.

And George, speaking to TribalFootball.com in an exclusive interview, revealed he decided to leave after learning van Gaal wanted to sign his compatriot Tijani Babangida.

He said: “Personally I know that he is a good coach. What happened between both of us, I don’t know if it is personal, but after spending three years at Ajax and to have gotten a message that he was buying another Nigerian player and that was Tijani Babangida. If Babangida arrived, I was not guaranteed to play.

“I needed to play, that was the reason I had to look for other opportunities. I thought it was going to be Real Madrid but that didn’t work. Betis showed up for me, so I went. I needed to play week in, week out for me to remain relevant in the national team of Nigeria.

“I think going to Betis was a good move, even though it was not the biggest of clubs back then in Europe, but I enjoyed my time at Betis.”

Known affectionately as the ‘Gazelle’, George formed a pivotal winger partnership with a young Marc Overmars in van Gaal’s successful side.

It was a glorious period for the Amsterdam giants, with numerous young Dutch players making up most of the team.

“Back in the 1970’s, Ajax was a dominant force in European club football. The club had won the European club championship now known as UEFA Champions League three times and for us to be in the position to become champions of Europe again in our era was quite exciting. It was very great.

“We did not know we were going to win it because we were playing against the defending champions, AC Milan in the final. We gave our all and became champions. We became great part of history of the club.

We had a team that was young, a mixture of young and older players and we had a good time. We played as a team and that gave us the opportunity to win the champions league.”

It Was De Bruyne’s Choice To Leave Chelsea -Mourinho

Work or School: Balance Portability and Productivity with the Infiix INBook