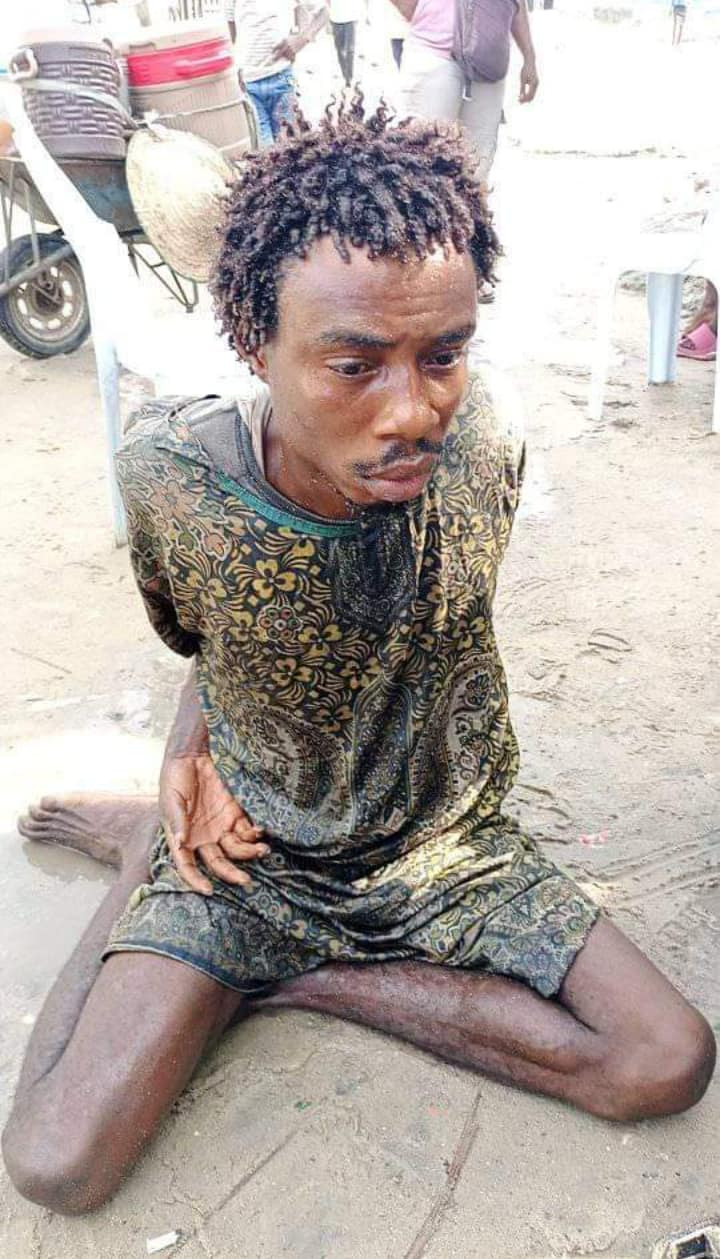 One of the destitute arrested by the vigilanteThe Delta State Police Command says the five persons caught by vigilantes in Ughelli are not ritualists but destitute contrary to reports by some online news media. Online reports had claimed that five suspected human parts dealers including four women were arrested by Otokutu Vigilantes Group under the Otokutu bridge in Ughelli South Local Government Area of the state on Thursday, May 27. The suspects were handed over to Otujeremi Police Station for further actions. However, the spokesperson of the Delta State Police Command, DSP Bright Edafe in a rejoinder said the story is entirely false and should be totally disregarded.  “The Delta state command has been drawn to an online publication which says “ HUMAN PARTS SELLER CAUGHT IN OTOKUTU” and series of online publications saying “Vigilante arrest ritualist in Otokutu and handed over to otu-jeremi police station”. In light of this, the command wishes to state as follows,” Edafe stated. “That on the 27/5/21, Otokutu Vigilante brought four male and one female suspects living under Otokutu bridge on suspicion that they are criminal elements. But on close observation and investigation, it was observed that their words are obviously incoherent and they appeared very tattered. The five suspects were taken back to the scene, and the place was thoroughly searched and nothing incriminating was found. “The vigilante who arrested and brought them never made any statement accusing them of being ritualist, neither is there any evidence to prove that they are ritualist. Findings only revealed for now that they are destitute who only took refuge under the bridge. “The story making rounds that ritualist were handed over to the police by vigilante is entirely false and as such should be totally disregarded. The Commissioner is also appealing to members of the public, particularly online media handlers to desist from spreading fake news as it will not do anybody any good. “The command ppro’s phone number is available 24/7hrs and as such, anyone who wants confirmation can contact the command through the PPRO for clarification.”The post Five persons caught by vigilante in Ughelli are destitute not ritualists – Police appeared first on Linda Ikeji Blog.

Man living with his brother allegedly dies of heart attack shortly after his wife...