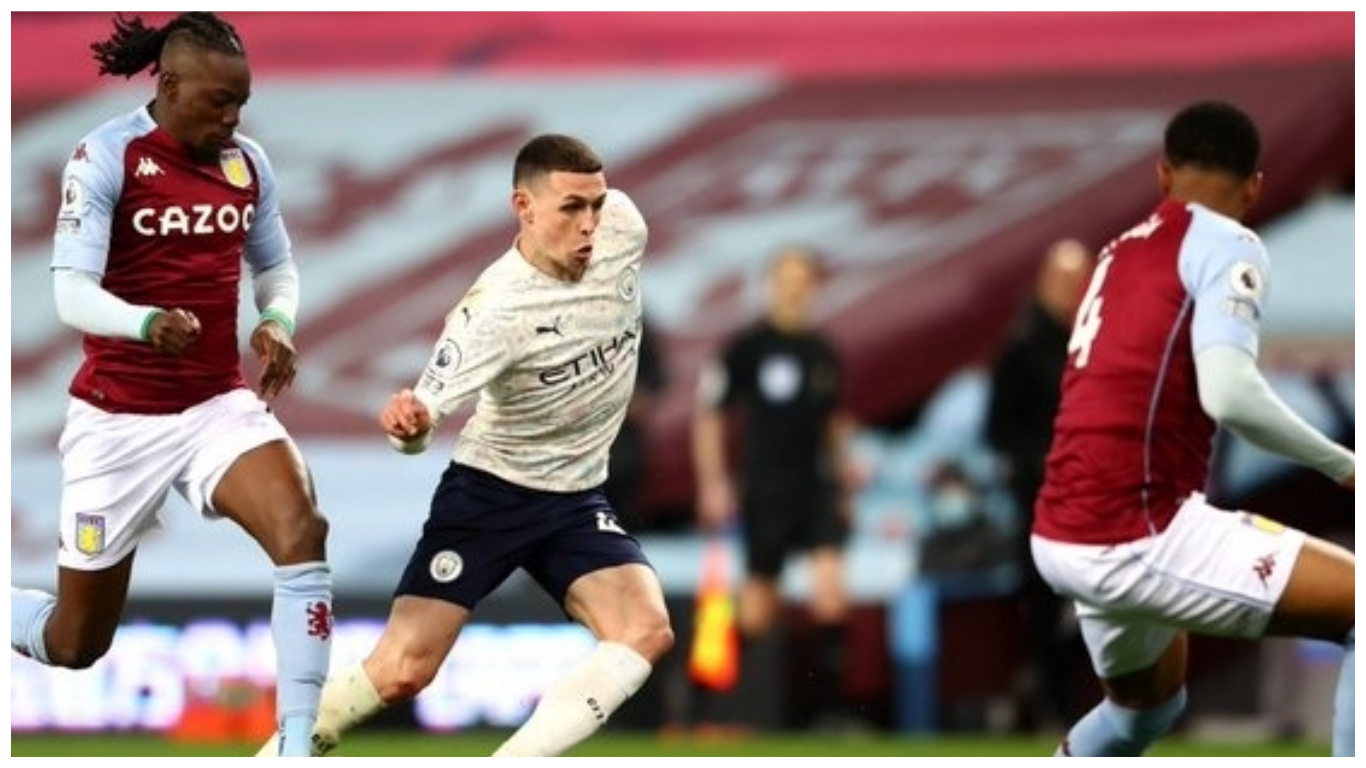 Foden continued his terrific recent form by scoring one goal and playing a major hand in the other as City beat Aston Villa 2-1 on Wednesday night to move 11 points clear at the top of the Premier League.

Foden also scored in both legs of City’s Champions League quarter-final win over Borussia Dortmund and was superb after coming off the bench as their quadruple dream was ended by Chelsea in the FA Cup semi-final at Wembley on Saturday.

“I saw the team, we were committed and after our two defeats against Leeds, against Chelsea we knew how important it was and of course for the progression for the Carabao Cup final and the Champions League game.”

Foden’s importance to Guardiola’s side seems to be growing every week, particularly with Kevin de Bruyne out injured and Raheem Sterling out of form, as the Spaniard was quick to note after full-time at Villa Park.

“This guy is growing,” Guardiola told Sky Sports. “His influence in our games is massive. He’s becoming a serious player.

“Phil right now, in the last games especially, is becoming such an important player. His influence in the final third is so important. He can play wide, he can play inside, he’s so aggressive with the ball.”

Guardiola’s praise was echoed by club captain Fernandinho, who has watched the midfielder blossom from a highly-rated academy prospect into the creative fulcrum who could play a major part for England at this summer’s European Champions.

“I’ve known him about five years, since he was a little boy and he’s showed his quality, no doubt about that,” the Brazilian said.

“He’s matured and taking the actions better, chooses better actions, scored today and he’s been awesome so pleased and happy for him because he’s a nice boy and deserves the best.”