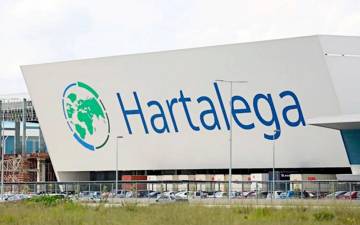 PETALING JAYA: Hartalega Holdings Bhd’s net profit for its fourth quarter ended March 31 leaped to RM1.12 billion, almost a tenfold increase from RM114.42 million reported in the same quarter of the previous year, mainly due to the higher sales revenue as well as lower utilities and upkeep expenses.

For the financial year ended March 31, Hartalega’s net profit saw a six times jump to RM2.89 billion from RM433.62 million reported for the corresponding quarter of the previous financial year.

Revenue for the period more than doubled to RM6.7 billion from RM2.92 billion reported previously.

The group declared a third interim single tier dividend of 17.7 sen per share which will be paid out on June 9, bringing total dividends for the financial year to 31.2 sen per share.

The group remains optimistic of the longer-term prospects underpinned by growing demand for rubber gloves and ongoing expansion plans.

Its CEO Kuan Mun Leong remarked that vaccination efforts have commenced but various countries have seen new waves of Covid-19 cases, with that global demand of medical supplies including nitrile gloves is expected to remain elevated.

Subsequently, he pointed out the heightened demand growth will further be driven by the structural step-up in demand, on the back of increased glove usage from emerging markets with low glove consumption per capita and increased hygiene awareness, establishing a new baseline for the industry.

“Moving forward, we are focused on our expansion plans. Plants 1 to 6 of our Next Generation Integrated Glove Manufacturing Complex (NGC) are fully completed and we have commissioned six out of 10 lines for Plant 7, which will have an annual installed capacity of 2.7 billion pieces of gloves once fully completed,” said Kuan in a statement.

Following the completion of the next expansion phase of its NGC facility, that will see an additional capacity of 19 billion pieces of gloves, its annual installed capacity will increase to 63 billion pieces over the next two to three years.

“With these expansion plans firmly on track, we remain well-positioned to cater to global demand growth for our high-quality nitrile gloves,” said Kuan.