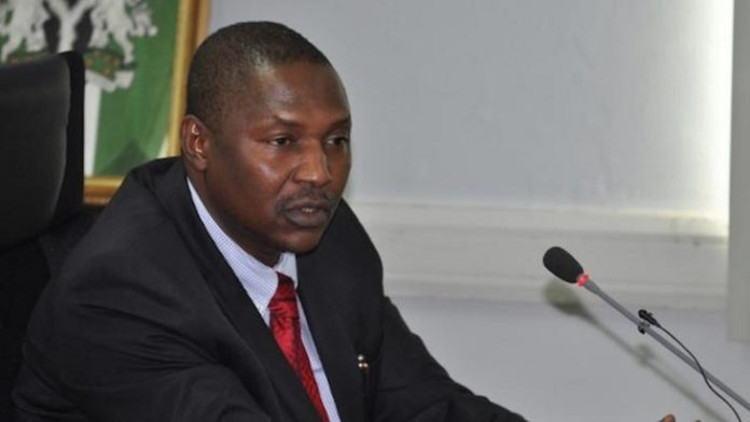 Attorney-General of the Federation (AGF), Abubakar Malami has debunked claim of him or his office receiving N2bn from recovered loot. Malami was queried by the house of representatives ad hoc committee probing the status of recovered loot on Tuesday May 26. The lawmakers who asked the AGF how the N2 billion which was never approved as budgetary allocation was spent, cited a letter from the Central Bank of Nigeria (CBN) directing the release of the funds following a request made for the money to be used to prosecute terror suspects. Reacting to this in a statement released by his media aide Umar Gwandu on Thursday May 27, Malami insisted that the request never came from his office. The AGF who maintained that all looted funds recovered so far have been applied in accordance with the agreements reached with nations from which the funds are repatriated, challenged any person with evidence of such payments made to him or his office to come out with proof. Malami also revealed that there is a designated account at the CBN for all recovered funds.  The statement read;  “It was on the basis of the application of the said funds in line with the agreements that Nigeria earns reputation among international committee of nations which translated into further recoveries. “Malami has neither, as a person, nor as the attorney-general of the federation and minister of justice, not in any way received any funds from the recovered assets,” the statement reads.The post I never received N2bn from recovered loot – Malami replies lawmakers appeared first on Linda Ikeji Blog.