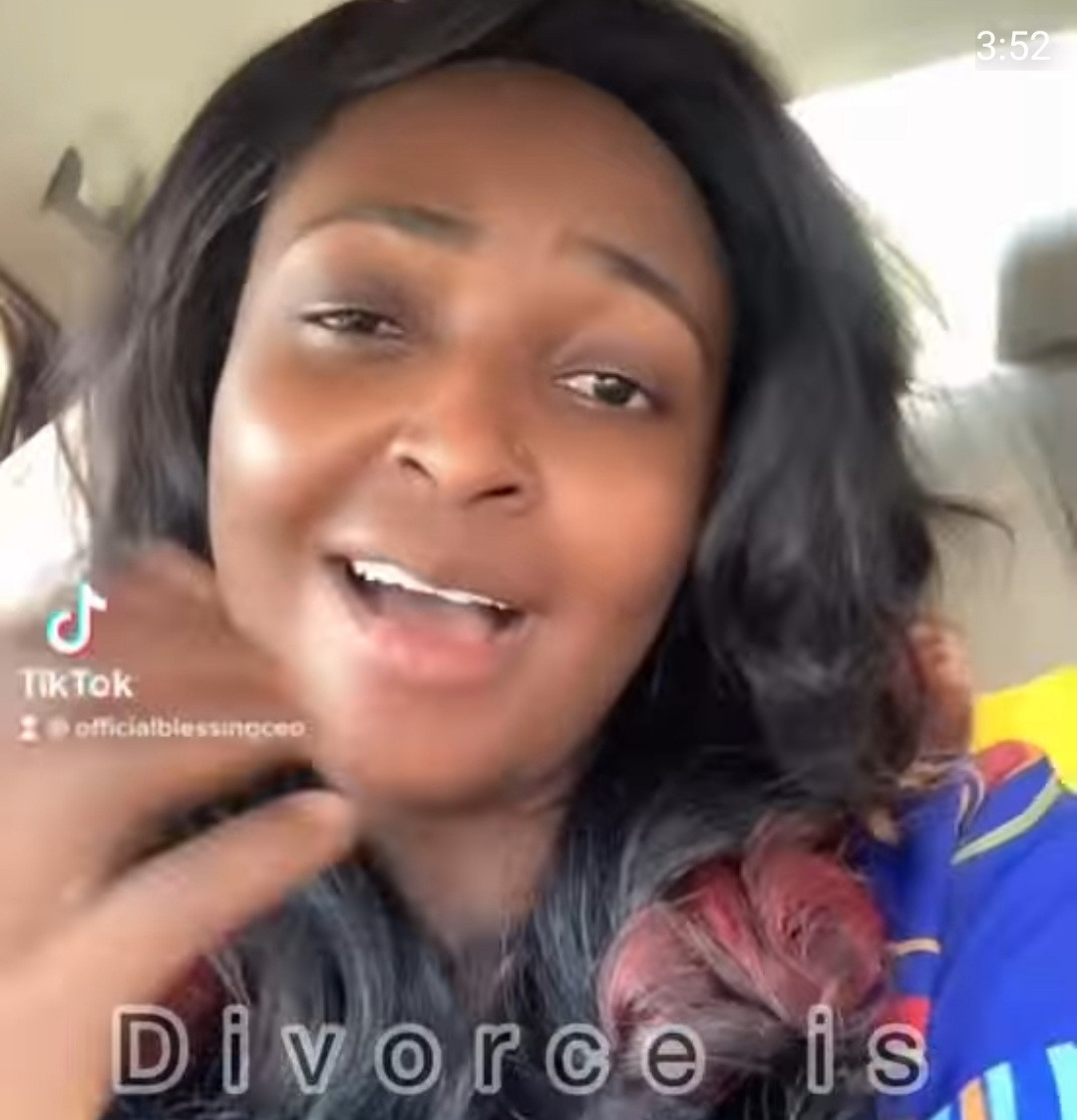 Relationship blogger, Blessing Okoro has supported OAP, Daddy Freeze’s comments about divorce by sharing her story. Daddy Freeze had said earlier that “you need to respect anyone who can go through with a divorce” because it’s expensive and takes guts. Blessing Okoro reshared Freeze’s post and claimed that she spent almost 7 million to get a divorce and almost 3 million to get custody of her son who she had to live without for several years until she was granted custody.  She called those who insult her for getting a divorce  “small rats on instagram” who do not know what it takes to get one.  She added: “Why should I be ashamed of a war I won that many of you can’t even dare to fight?” See the rest of her post below. 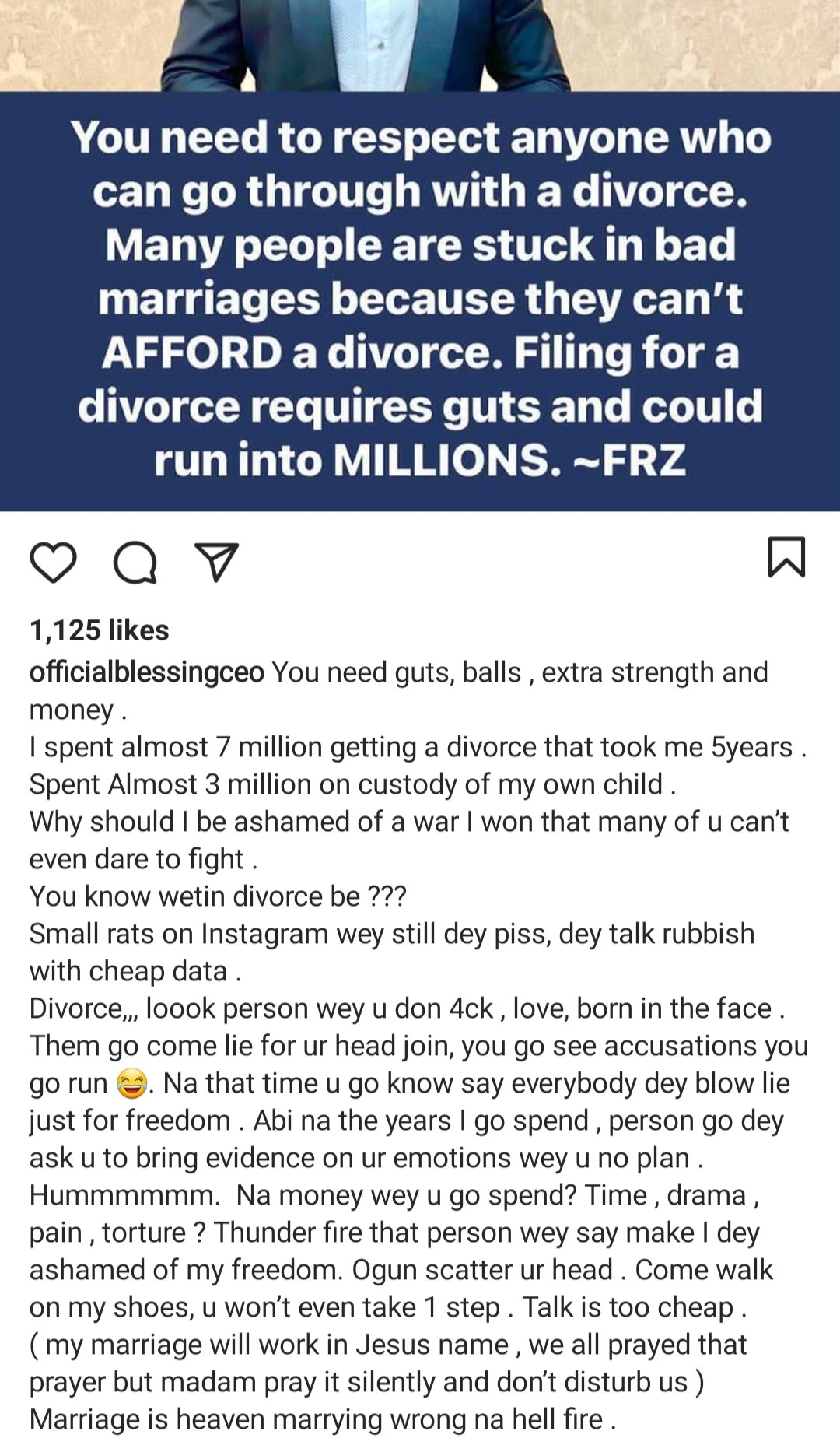 The post “I spent almost 7 million getting a divorce and 3 million on custody of my child” Relationship blogger, Blessing Okoro says appeared first on Linda Ikeji Blog.

Man breaks bottle on policemanâs head for trying to impound his...