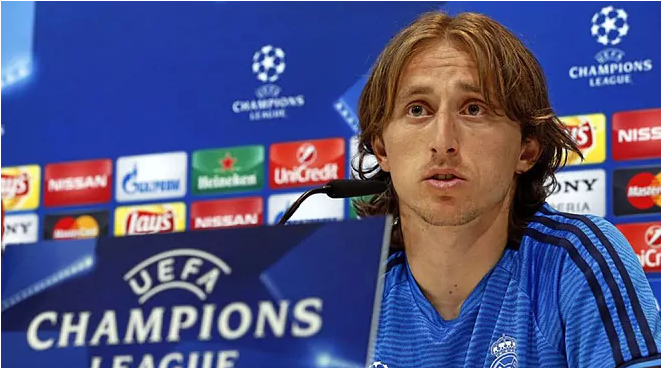 The game between Real Madrid and Liverpool will be held behind closed doors, but Luka Modric has claimed that he would rather play at Anfield with fans in attendance.

Modric stressed that all teams have the same disadvantage this season where the majority of European football leagues do not allow supporters to attend matches following to the COVID-19 outbreak.

“[Playing at Anfield without fans] is not an advantage [for us], because football is like this now,” Modric told the press conference.

Luka Modric says he would have preferred a full Anfield when Real Madrid face Liverpool after being asked if they have an advantage pic.twitter.com/lr3mno1utZ

“Fortunately, it seems that there is not much [to go]. Personally, I’d prefer to play at a full Anfield, with all the people there.”

Several first-choice defenders will miss the game at Anfield due to injuries or COVID-19, but Modric stressed that him and his teammates will not complain about absences or the fact that they have played many games so far this season.

“Lucas [Vazquez]’s injury has affected us a lot,” added Modric.

“I hope he recovers soon and well. The difficulties unite us even more.

“We need all the players who are at a high level. There are many injuries, but we cannot complain and we have never complained.

“It’s messed up having these players injured.

“We are fine, the wear and tear is significant, but we have to endure. We have worked very hard for nine months to be here, so we cannot complain about being tired or anything else.

“We have to keep working and being professionals. Hopefully everything will end, and this effort will pay off in the end.”

Modric also indicated that talks with the club about a contract renewal are on the right track, with his current deal running until the end of the season.

“My renewal is going well, [but] I can’t say more,” Modric noted.

“I feel very happy here and I hope to stay here next year, but I can’t say more about that.”

The Croatia international went on to break down the reasons behind his successful midfield partnership with Toni Kroos.

3 – Luka Modric is the oldest player (35y 209d) to assist in three consecutive Champions League games since Ryan Giggs for Manchester United in April 2011, who did so aged 37. Vintage. pic.twitter.com/0fr7RDrR1E

Read Also: Liverpool boss Kloop names the best player he has ever coached

“We have been playing together for many years and I can say that he is one of the players with whom I have felt the most comfortable,” declared Modric.

“I enjoy playing with him, we understand each other very well and we will see how much longer we continue to enjoy each other.”

The post I’d prefer to play against Liverpool at a full Anfield – Modric appeared first on Sporting Life.