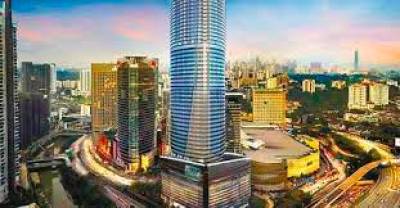 Upon listing, it is expected to have a market capitalisation of RM2.3 billion based on a restricted offer price of RM1 per unit, making IGB Commercial REIT the sixth largest Malaysian REIT and the largest standalone office REIT by market capitalisation, net lettable area and appraised value.

According to the trust’s Bursa filing, applications for the units will be open from yesterday to July 6, 2021 with a tentative listing date of July 30, 2021.

Unsubscribed offer units and the corresponding DIS units will be placed out to institutional investors and selected investors at a price to be determined by book-building.

IGB Commercial REIT is expected to have a free float of at least RM607.8 million based on the offer price.

The deputy CEO of IGB REIT Management Sdn Bhd (which manages IGB Commercial REIT), Wong Khim Chon, believes its large size and corresponding free-float can enhance the visibility of the REIT among the local and international investment community.

Under the offer, its sponsor IGB Bhd will hold at least 50% interest in the trust following the completion of the offering, making it the largest unit holder.

“We believe that IGB Commercial REIT will be able to leverage on IGB’s track record in developing and operating commercial properties in addition to its financial strength, market reach and network of contacts to further IGB Commercial REIT’s growth,” said Wong in a statement.

“Stormi, I love you and wifey, I love you” Travis Scott declares love for...

Report: Pakatan could work with Umno under ‘big tent’ concept, instead of Perikatan 3.0,...

Nigeria star set to return to Benfica from Twente