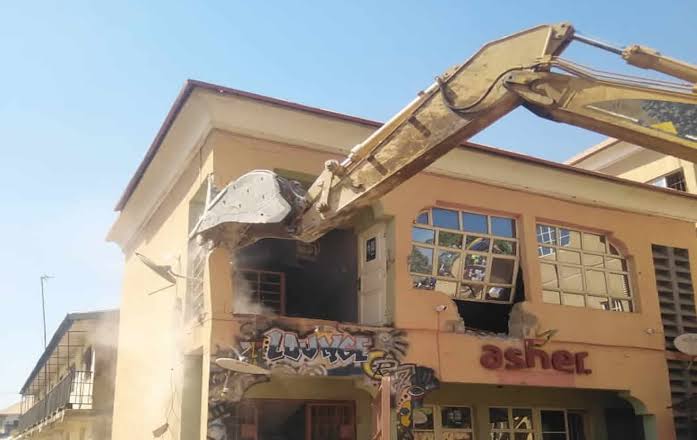 Aishatu Mercy Yakubu, the owner of Asher Kings and Queens restaurant”, the building alleged to have hosted the controversial ‘Sex party’ in Kaduna, has cried for help saying since her business was terminated, she had been hungry and could not pay her children’s school fees.

The lady, in a video that went viral at the weekend, insisted that she knew nothing about the allegation which led to the demolition of her restaurant, which she said was the only means of livelihood for herself and her three children.

Aisha Yakubu, in the video, wept profusely and lamented that she was left with nothing to feed after putting everything into her restaurant business.

The lady also said she lacked the means to seek for justice and appealed to Nigerians to come to her aid.

Aisha who later confirmed the video, said she was unable to pay for WAEC and School fees of her children, Uwana Edem, Daniel Edem and Christabel Edem.

Minister says Undi18 expected to be implemented this year

Uzodinma’s stance on state police exposes his sympathy for bandits