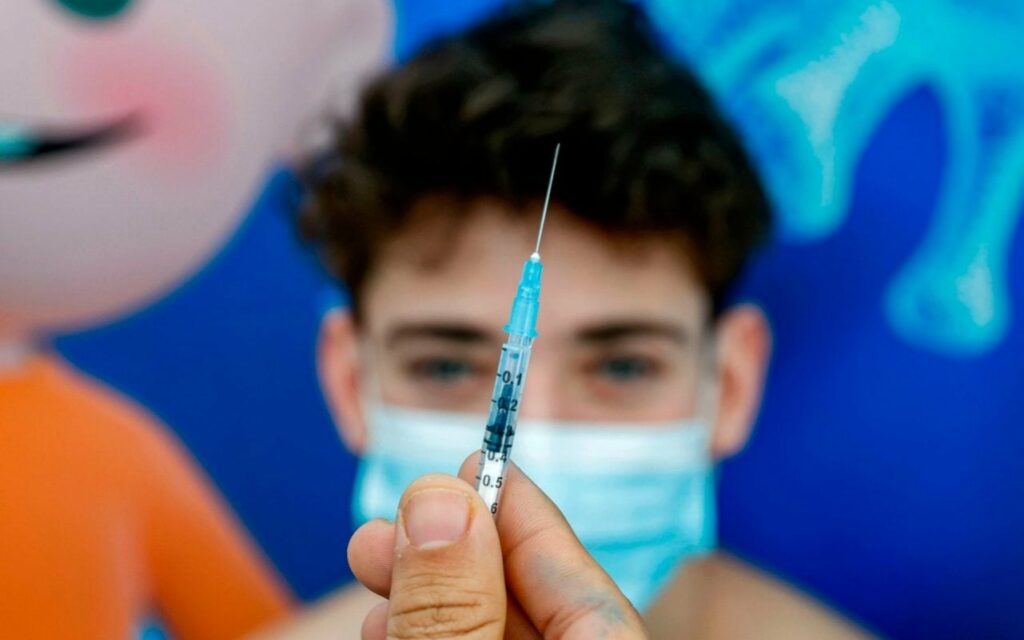 India’s cumulative coronavirus case count neared 20 million on Monday as hospitals continued to send distress messages for emergency oxygen supplies and a top jab-maker said the country may face a vaccine crunch for the next two to three months.

The last 24 hours brought 368,147 fresh cases, taking the number of people who have suffered an infection so far to 19.93 million, government data showed. India, in the grip of a second wave, has logged more than 300,000 cases every day for more than 10 days.

The overall death toll hit 218,959, with 3,417 new deaths reported. That means India has moved past Mexico to become the third-ranked country, after the United States and Brazil, in terms of Covid-19 fatalities.

Experts have said the numbers may be an underestimate, due to low testing rates and the number of people dying at home, particularly in the rural areas.

The shortage of medical oxygen has also worsened. Twenty-eight patients died overnight, allegedly for want of the life-saving gas in hospitals in Karnataka and Madhya Pradesh states, broadcaster NDTV reported.

Officials did not confirm deaths due to oxygen shortages, but ordered a probe into the matter. The Supreme Court has ordered the federal government to make up for the deficit of oxygen supply in New Delhi, the worst-affected among cities, by midnight on Monday (1930 GMT).

The crisis began some two weeks ago, but has shown no signs of improving, despite assurances by authorities.

In a fresh setback to the country’s vaccination drive, Serum Institute of India’s Adar Poonawalla told the Financial Times in an interview that the company would be able to increase its capacity to 100 million doses by July, from the current 60-70 million a month.

Many in India had hoped for more doses, and sooner than July.

“Vaccine manufacturing is a specialized process. It is therefore not possible to ramp up production overnight,” Poonawalla wrote on Twitter later Monday.

“We also need to understand that the population of India is huge and to produce enough doses for all adults is not an easy task. Even the most advanced countries and companies are struggling in relatively smaller populations,” he said.

India is majorly dependent on supplies of the Oxford-AstraZeneca vaccine, manufactured by SII, the world’s largest jab maker, which distributes it locally under the brandname Covishield.

India on Saturday widened its faltering vaccination drive to include anyone aged 18 or older. But many states have delayed the programme, citing shortages.

Daily vaccinations have fallen from early April, but the federal government maintains that 7.5 million doses are still available with states.

Only 10 per cent of Indians have received one dose and less than 2 per cent have been fully vaccinated in the drive, which began January.

Leaders from 13 opposition parties have written a letter urging the government to launch a free vaccination drive as well as ensure uninterrupted flow of oxygen to all hospitals and health centres.

In a key decision later Monday, the government said it was roping in medical interns and final-year students for the fight against the pandemic as part of a series of measures to increase availability of human resources.

Interns can be used for Covid management duties and final-year students can be deployed in tele-consultation roles and to monitor mild cases, a government statement said. Both interns and students can only work under supervision of senior doctors or faculty members.

Pharmaceutical major Pfizer announced a donation of medicines worth more than 70 million dollars and is also in talks with the government to allow the use of its Covid vaccine in India, a spokesperson told dpa.

International aid has been arriving from some 40 countries. Britain will send 1,000 more ventilators to India. Prime ministers Boris Johnson and Narendra Modi are due to conduct a videoconference on Tuesday.

Several countries have restricted or banned travel from India, including the United States starting Tuesday. After worst-hit areas including New Delhi extended lockdowns, new states like Haryana, Punjab, and Odisha have announced fresh restrictions to check the spread of infections.

Blaqbonez Set To Release The Video For “Bling”