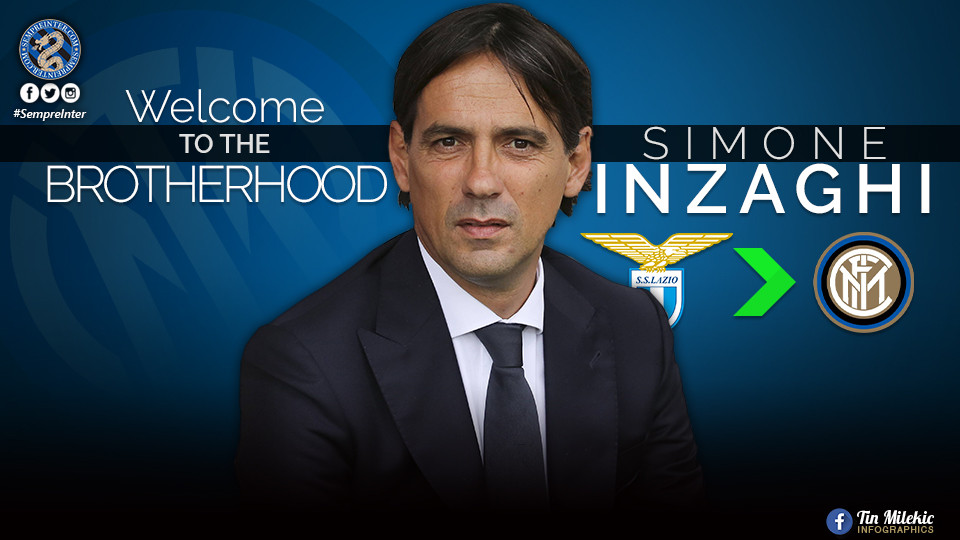 Inter Milan have appointed former Lazio manager Simone Inzaghi as their new coach to replace Antonio Conte, who guided the club to their first Serie A title in 11 years. The Nerazzurri released a statement via the club’s official homepage confirming that the now-former Biancocelesti coach has signed a two-year deal with the club, which expires at the end of June 2023. Simone Inzaghi began his coaching career with Lazio managing their various youth teams before being promoted to the first team in April 2016 when replacing Stefano Pioli who was sacked mid-season The 45-year-old led Lazio to five straight finishes in the top seven in Serie A, which saw them played in a European cup competition every season he’s been in charge, including the Champions League this past season. This is just the latest managerial change in Serie A since the end of the campaign, with Juventus, Napoli, and Fiorentina among those to have dismissed their coaches.  The post Inter Milan appoint Simone Inzaghi to replace Antonio Conte as new coach appeared first on Linda Ikeji Blog.